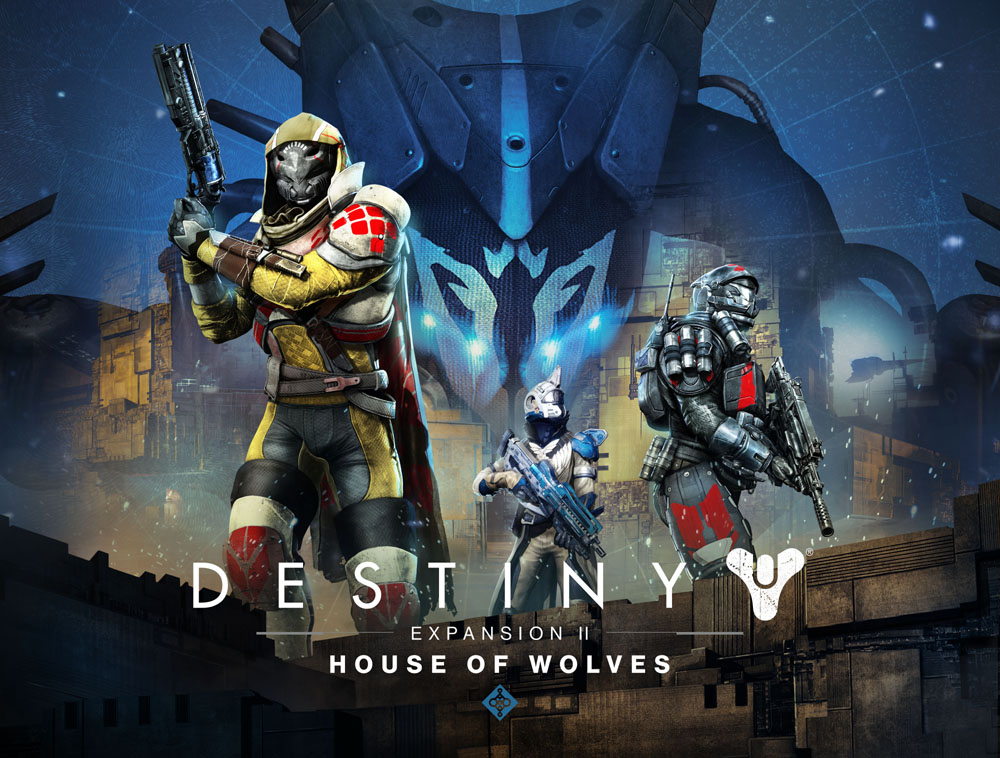 Bungie and Activision Publishing, Inc., a wholly owned subsidiary of Activision Blizzard, Inc. (Nasdaq: ATVI), announced today that Destiny Expansion II: House of Wolves is now available for download on PlayStation®4 and PlayStation®3 computer entertainment systems, Xbox One and Xbox 360. Destiny Expansion II: House of Wolves marks the second official expansion to the Destiny universe that adds a wealth of new weapons, armor and gear to earn in new story missions and quests, three new competitive multiplayer maps and a new co-op Strike.  In addition, the expansion welcomes new activities to Destiny with the introduction of a brand-new competitive multiplayer event in the Crucible called Trials of Osiris, and a brand new co-op arena activity called the Prison of Elders.

“We continue to be humbled by the Destiny community, and remain fully committed to creating the best experience we can for the fans,” said Pete Parsons, COO of Bungie.  “That means we’re listening every day to real-time feedback from the players. In the eight months since launch, we’ve supported the game with 17 updates that we believe have grown and improved the universe.  House of Wolves is no different.  For example, we’ve engineered a new upgrade path for your existing Exotic and Legendary gear, and we’re revamping our PvP system with a new rewards system and new PvP event called Trials of Osiris.  We’re excited to see the response.”

As an added bonus for all players of the game, the competitive multiplayer maps from Destiny Expansion I: The Dark Below are now available for everyone.