Zen Studios, the developer and publisher of hit digital games like Zen Pinball 2 and Castlestorm, is excited to announce yet another Marvel team-up, this time a video pinball table featuring the one and only Merc with a Mouth, Deadpool, for a variety of platforms including PC, console, and mobile on June 24.

Deadpool Pinball condenses all of the attitude and insanity of the beloved Merc with a Mouth into a virtual pinball machine, which itself includes an even smaller pinball table within the game. Featuring the supreme voice talents of Nolan North as Deadpool, the table captures the acerbic, fourth wall-crushing attitude of the character, as well as appearances by supporting characters from Deadpool’s comics, from old-school companions like Blind Al and Weasel to companions as recent as his lovely new wife, Shiklah.

“After months of being badgered by Deadpool, having him deliver dozens of pizzas to my house, late night prank calls, and flaming bags of dog excrement on my doorstep, I feel like an enormous weight is being lifted off my chest,” said Mel Kirk, VP of Publishing at Zen Studios. “I’m very thrilled and excited for fans of Deadpool and Zen’s unique brand of pinball alike to have a chance to experience the character like never before. But more importantly, I’m relieved to finally be able to get some peace and quiet in my home life. There, Wade, are you happy now?!”

“Wait, who am I kidding?” Deadpool continued, completely wearing out his welcome – this is a corporate press release, for crying out loud. “It is IMPOSSIBLE to say ’nuff about Deadpool Pinball! I mean, I’m pretty sure it’s revolutionizing the industry by being the first table ever – physical or digital – to reference chimichangas. EVERY pinball table in existence should reference chimichangas. It’s a no-brainer – a pretty simple concept that’s taken the industry DECADES to adopt, and I can only assume we’ll be seeing chimichanga references in all pinball tables yet to come from now until I die – which’ll be never, since I’m pretty much impossible to kill. And did I mention the—”

“That’s enough, Wade,” interjected Kirk, saving us all. “They get the point. Let’s have Nameless Press Release Voice finish up with a few chimichanga-free lines about why your new table rocks…” 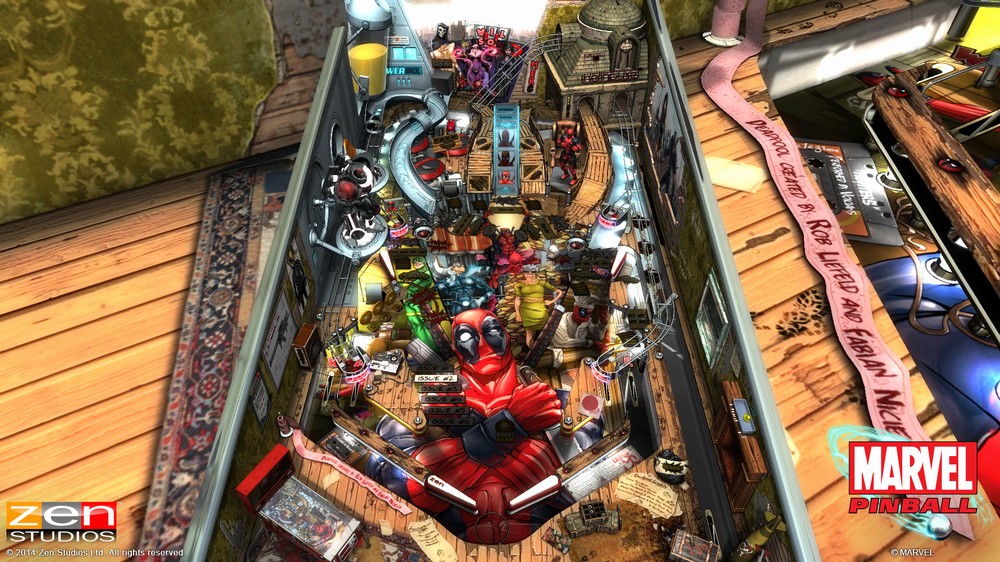 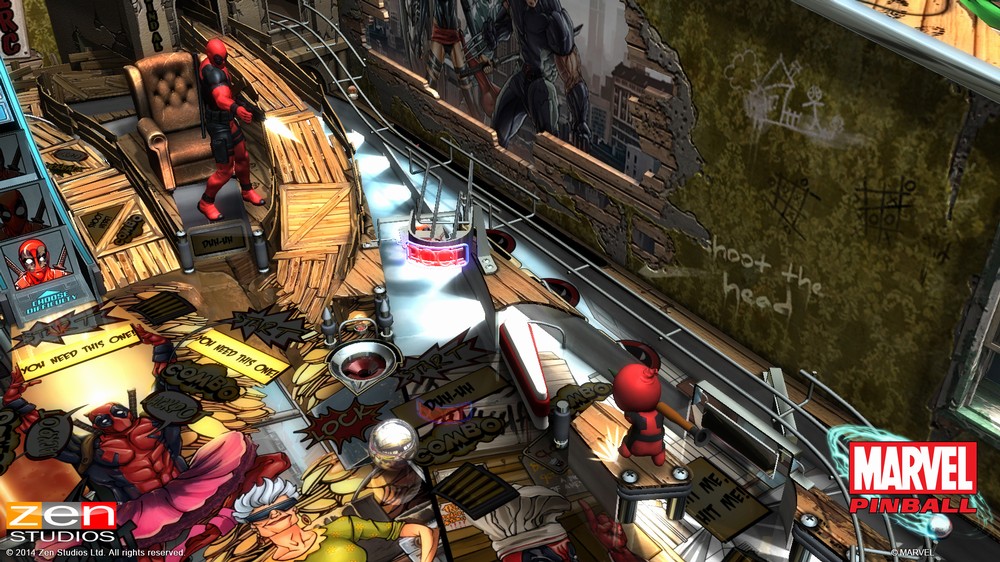 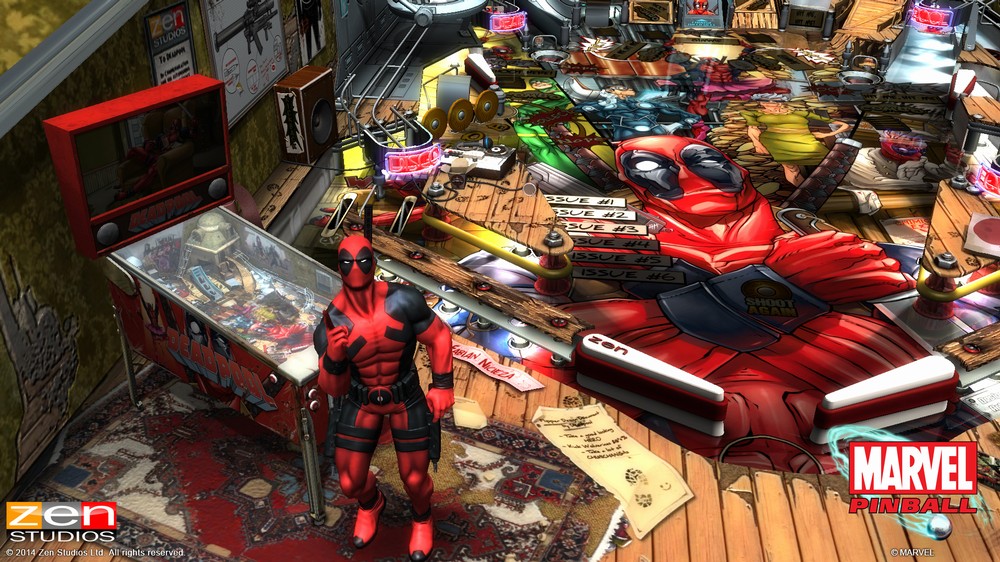 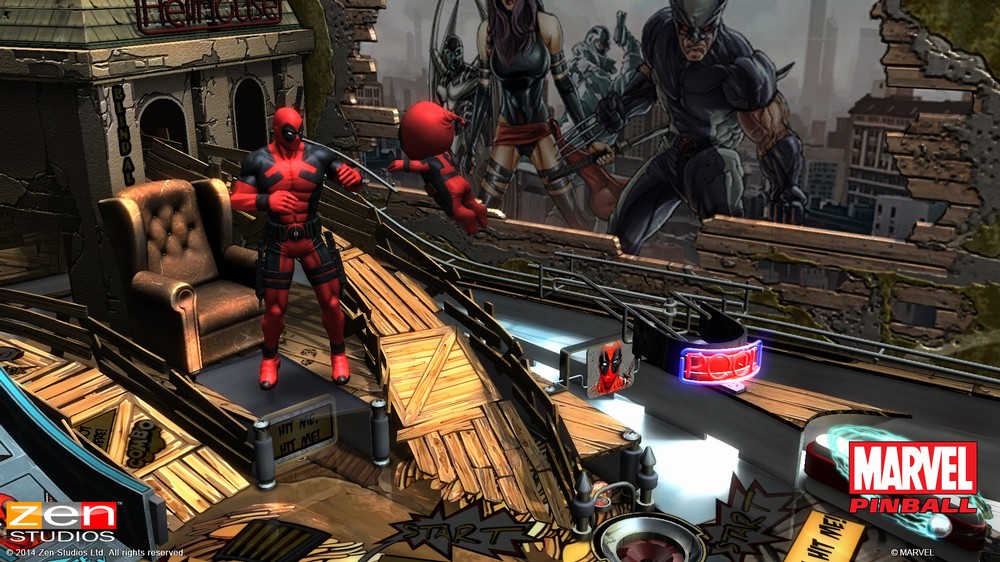 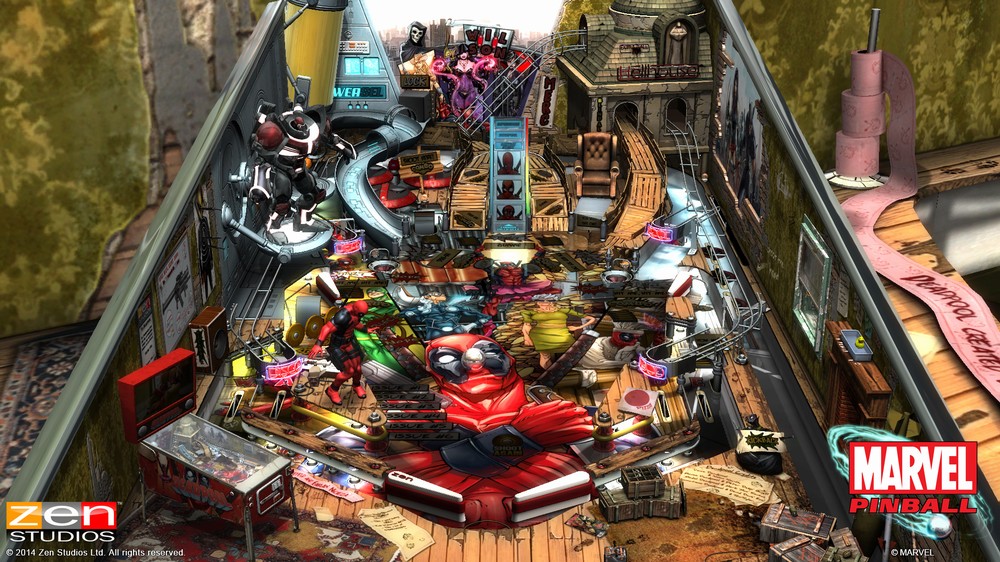 Thank you, Mr. Kirk. Deadpool’s dynamic table switches at his whim, delivers quick-time events, and even features a “Blind Mode” courtesy of Blind Al in which only the ball, flippers and target lanes are visible. Finally, there’s Deadpool’s favorite: a mode where he takes down some of his most nefarious enemies: raging comic book fans!

Deadpool comes to Pinball FX2 and Zen Pinball 2 next week on June 24, so dust off those dancing shoes and synchronize watches, because it’s about to go down!