The Fighter Collection and Eagle Dynamics in cooperation with Belsimtek to release DCS: F-86F Sabre as a digital download in July 2014

The North American F-86F Sabre was the most capable western fighter of the early- to mid-1950s. This swept wing, single engine jet was the most important western aircraft of the Korean War and often tangled with Russian-made MiG-15s over the infamous “MiG Alley”. It was a hard struggle not only for the Korean sky, but also between two excellent aircraft builders of the East and West.  In addition to its primary role as an air-to-air fighter, the Sabre could also carry bombs and air-to-ground rockets to attack ground targets.

The Belsimtek simulation of the Sabre is by far the most authentic recreation of this famous warbird to date. Feel what is to fly the Sabre with a professional level flight model, an interactive cockpit, fully functional weapons, a detailed damage model and a richly detailed aircraft. Experience the strengths and weaknesses of the Sabre in combat and find out why seasoned fighter pilots often look back at the Sabre as the most enjoyable aircraft they ever flew.

As part of DCS World, fly the F-86F Sabre in a fully realized combat environment with working weapon systems and capable air and ground threats. 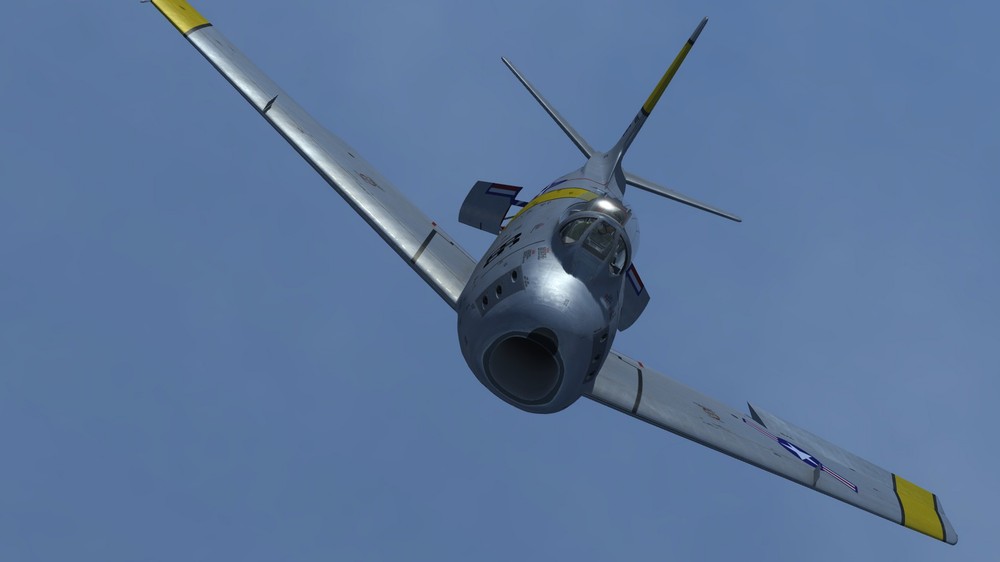 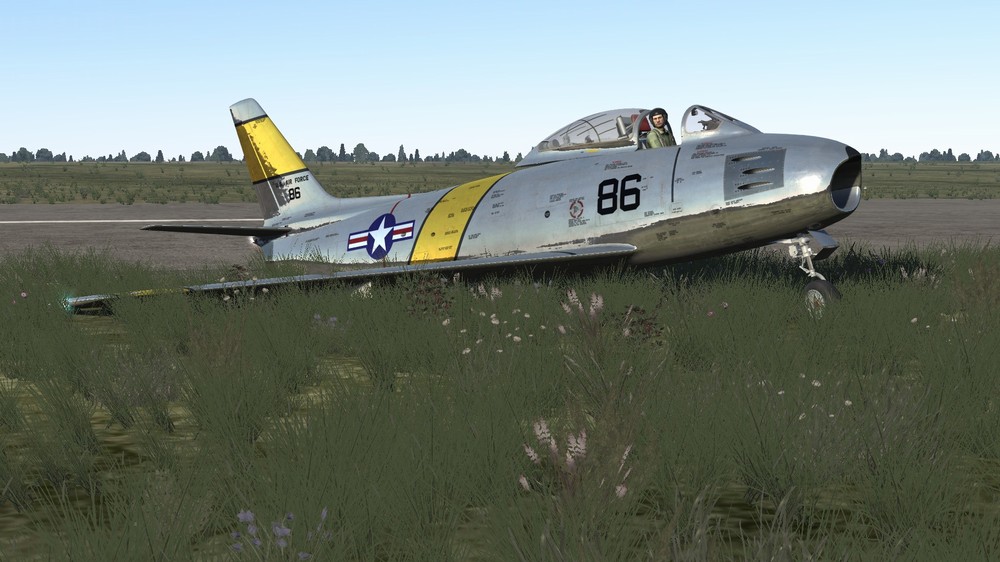 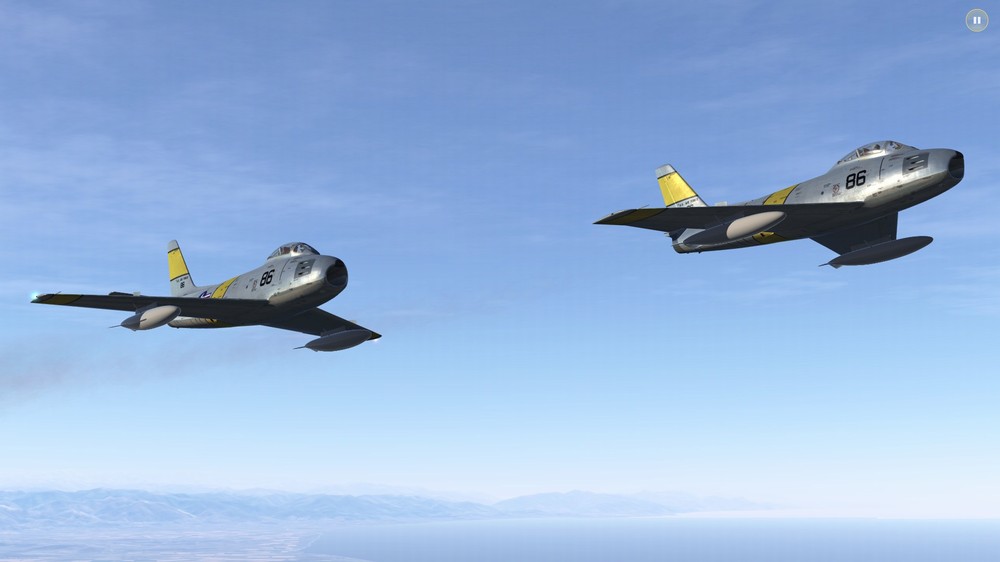 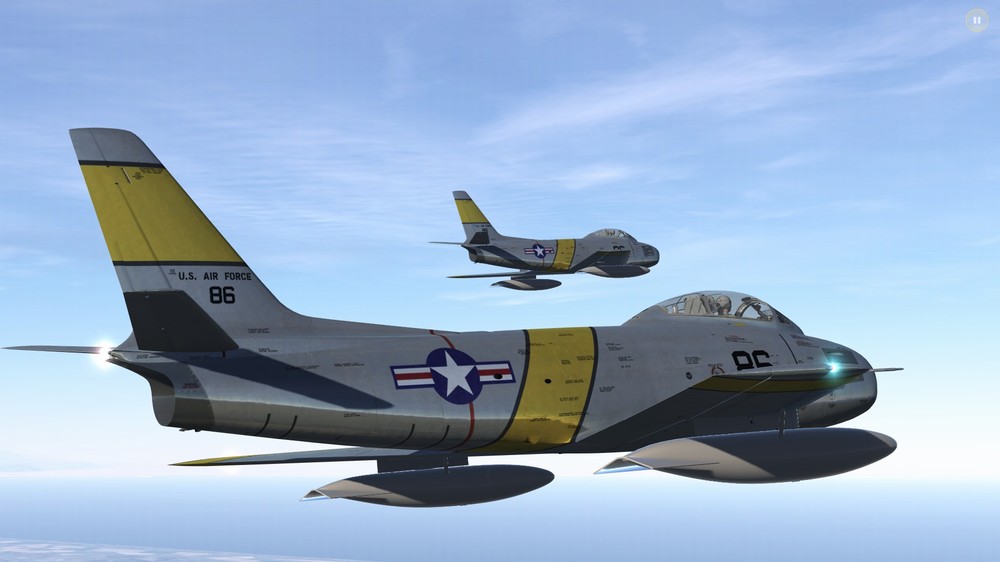 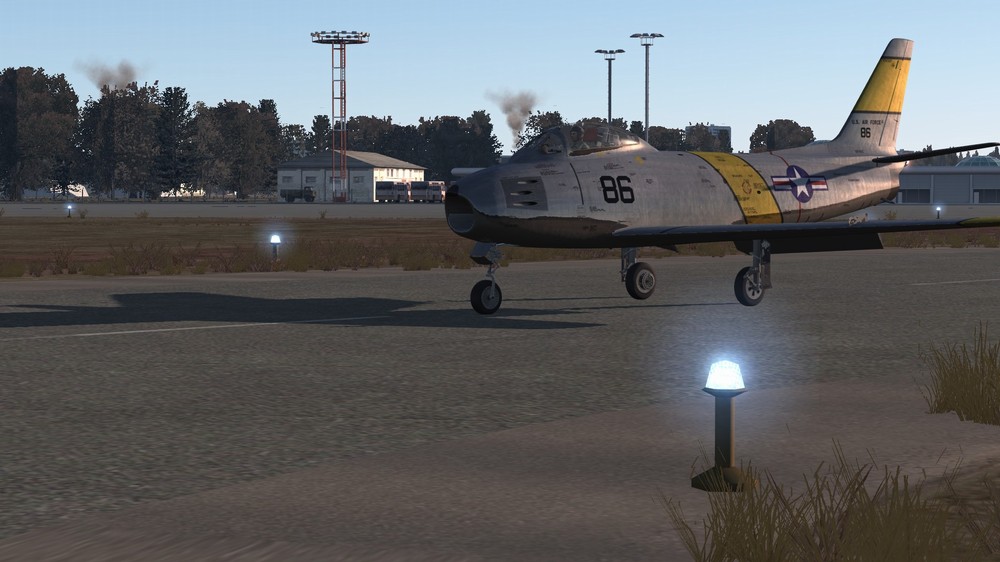 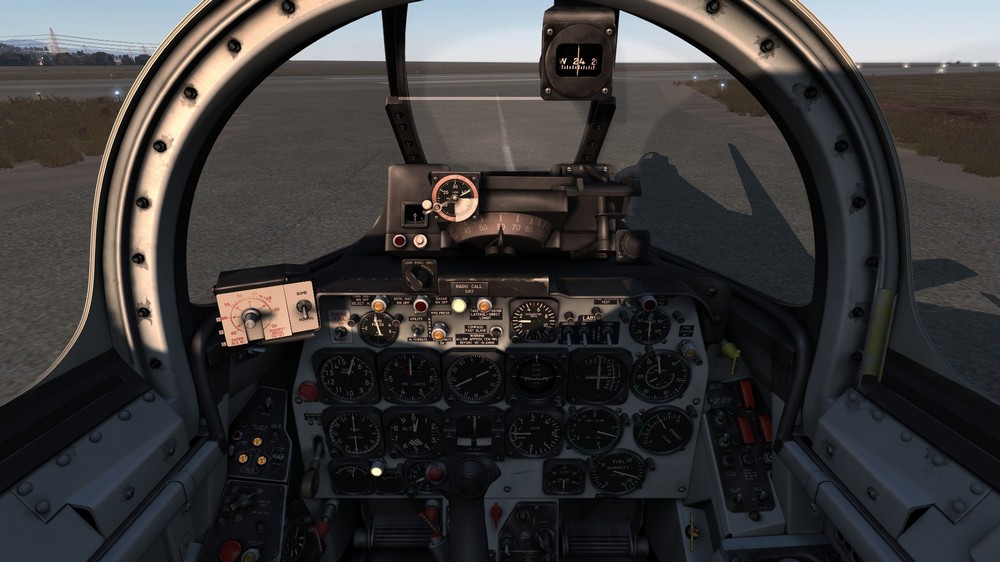 Digital Combat Simulator World (DCS World) is a free-to-play digital battlefield, focusing on military aircraft simulation. It includes a FREE TF-51D and an Su-25T attack aircraft.  DCS World includes a vast mission area of the Caucasus region that encompasses much of Georgia – the location of the 2008 conflict. Further maps will be available in 2014. Additionally, DCS World includes:

This exceptionally detailed and realistic world simulation engine guarantees an engaging, real-world combat experience in this flashpoint region. DCS is a true “sandbox” simulation that can and will cover multiple time periods covering many types of aircraft and ground vehicles. DCS World allows both realistic game play and more casual play styles to suit the player.

About The Fighter Collection

The Fighter Collection, as well as developing software for the entertainment and serious game markets, also operates, rebuilds and maintains Europe’s largest collection of airworthy WWII fighters and is based at Duxford Airfield, in the UK. For more information visit our websites: http://www.fighter-collection.com/