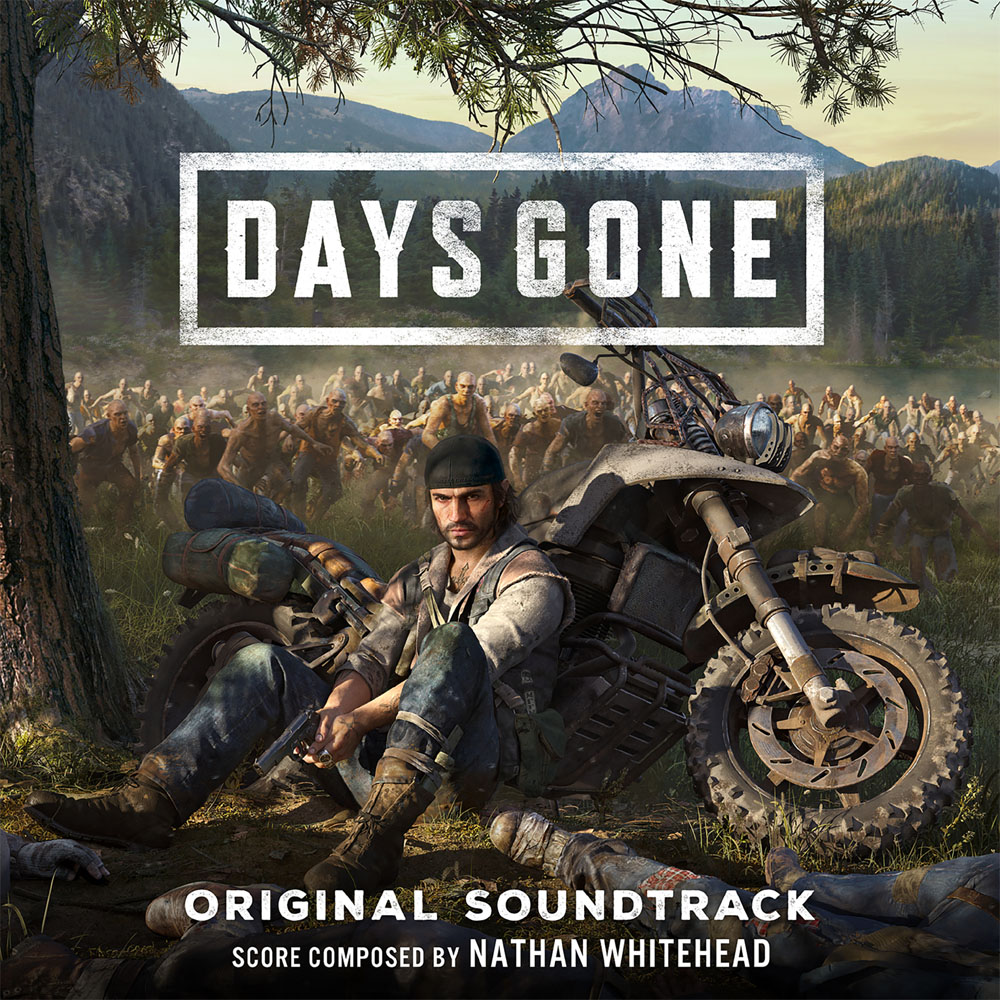 Of the soundtrack, composer NATHAN WHITEHEAD says: “The ideas that define the score are the tenacity of the human spirit and the value of relationships. Early in the process John Garvin, creative director at Sony’s Bend Studio, described to me how the game isn’t simply about surviving, it also examines why we want to survive. When I heard that, I was instantly excited about all the places the music could go. I found it really interesting to be navigating the survival aspect and also this introspective aspect at the same time.

The Pacific Northwest setting is absolutely beautiful and it really felt like the score needed to connect to this environment as well. Deacon and the environment seemed to call for an organic, lived-in sound with a touch of Americana.”

At its core, Days Gone is about survivors and what makes them human: desperation, loss, madness, betrayal, friendship, brotherhood, regret, love – and hope. It’s about how even when confronted with such enormous tragedy they find a reason to live. Hope never dies. You play as Deacon St. John, a bounty hunter, traveling through vast and diverse landscapes in the high desert of the Pacific Northwest. In a narrative that begins two years after a global pandemic, Deacon is facing a brutal struggle for survival in hostile environments filled with infected humans and animals known as Freakers. The threats in Days Gone are dynamic and change with extreme weather and time of day. Trails become muddy in the rain, Freakers become stronger in the snow and more numerous at night, and day brings more ambushes from marauders. Players must consider these variables for each encounter to strategize their approach at each attempt. Many different items and weapons can be crafted using items found in the field, including brutal melee weapons and traps. Customizable weapons and skills offer true freedom in how the game is played.

I've been an avid gamer since I stumbled upon ZORK running in my local Radio Shack in 1980. Ten years later I was working for Sierra Online. Since then I've owned nearly every game system and most of the games to go with them. Not sure if 40 years of gaming qualifies me to write reviews, but I do it anyway.
You might also like
Music & Book NewsVideo Game Trailers