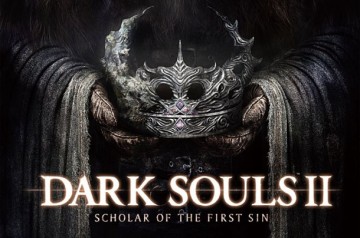 DARK SOULS II: Scholar of the First Sin, the new vision for DARK SOULS II on the PlayStation 4 system, Xbox One and DirectX 11 PCs will include updated graphics and performance, new enemy placement, the new Forlorn invader, increased online multiplayer count, and additional gameplay enhancements.  All three DLCs released for DARK SOULS II (Crown of the Sunken King, Crown of the Old Iron King, and Crown of the Ivory King) will be included in the package as well as new story elements and a new NPC found in the latest content update available for current DARK SOULS II players.

“DARK SOULS II: Scholar of the First Sin marks the DARK SOULS franchise’s jump to the latest generation of consoles,” said Chris Gilbert, Senior Vice President of Sales and Marketing for BANDAI NAMCO Entertainment America Inc.  “With upgraded graphics, new enemy locations and other enhancements this is the perfect time to jump into the DARK SOULS universe and experience the magic of this beloved series.”

DARK SOULS II: Scholar of the First Sin is also available for Xbox 360, PlayStation 3 system, and digitally for PC DirectX 9 systems.  This new version of DARK SOULS II will include a new content update for current DARK SOULS II players, enriching the player’s journey through Drangleic, as well as all three DLC missions released for DARK SOULS II.

DARK SOULS II: Scholar of the First Sin is rated “T” for Teen by the ESRB and carries the following MSRP for each version:

Awaken the Spirit of the North on PlayStation 5 Today!!!
Be the first to comment!
Leave a reply »