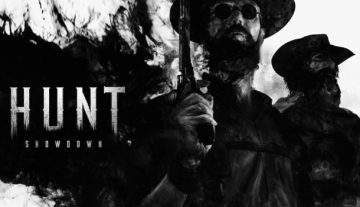 Crytek has announced a collaboration with Microsoft that will bring Hunt: Showdown to Xbox One players for the first time. Hunt: Showdown will be released on Xbox Game Preview, a service that allows Xbox players to preview and purchase work-in-progress digital titles, as well as to actively take part in the development process.

Hunt: Showdown is a competitive first-person bounty hunting game that combines the thrill of first-person shooters and survival games, all packed into a match-based format. Each match pits up to ten players—playing solo or in teams of two—against each other as they fight for bounty by taking out gruesome monsters in the swamps of Louisiana with a unique blend of PvP and PvE elements. Once players have taken a bounty, they instantly become a target for every other Hunter left on the map. The higher the risk, the higher the reward–but a single mistake could cost everything, and death is permanent.

“Bringing Hunt: Showdown to Xbox Game Preview means getting the game in front of a whole new audience, and we can’t wait to hear the feedback that Xbox players bring to the game and the community. This is another important step in taking our development to the next level, and we’re glad we can share this announcement with you,” said Hunt Producer Fatih Özbayram.

Crytek will have further details on Hunt: Showdown‘s upcoming arrival on Xbox Game Preview in the future. For more information until then, visit https://www.huntshowdown.com/.