THE FUTURE OF AMERICAN JUSTICE COMES HOME THIS JUNE

Arriving on Digital HD May 20 and on Blu-ray, DVD and VOD June 3

Directed by José Padilha, ROBOCOP stars Joel Kinnaman, Gary Oldman, Michael Keaton, Abbie Cornish, Jackie Earle Haley and Samuel L. Jackson.  In ROBOCOP, the year is 2028 and OmniCorp – the world’s leader in robot technology – sees a golden opportunity to reap billions for their company.  When Alex Murphy (Joel Kinnaman) – a loving husband, father and good cop doing his best to stem the tide of crime and corruption in Detroit – is critically injured, OmniCorp grabs their chance to build a part-man, part-robot police officer.  OmniCorp envisions a RoboCop in every city and will stop at nothing – no matter the cost to Alex – to make sure the program succeeds.  But OmniCorp never counted on one thing: there is still a man fighting inside the machine.  The film is written by Joshua Zetumer and Edward Neumeier & Michael Miner, and produced by Marc Abraham and Eric Newman.  Metro-Goldwyn-Mayer Pictures and Columbia Pictures’ released ROBOCOP theatrically on February 12, 2014.

The ROBOCOP Blu-ray is charged with nearly an hour of extra features and featurettes, taking fans behind-the-scenes of OmniCorp to witness the future of law enforcement, learn the secrets of director Jose Padilha, and explore the making of the film. 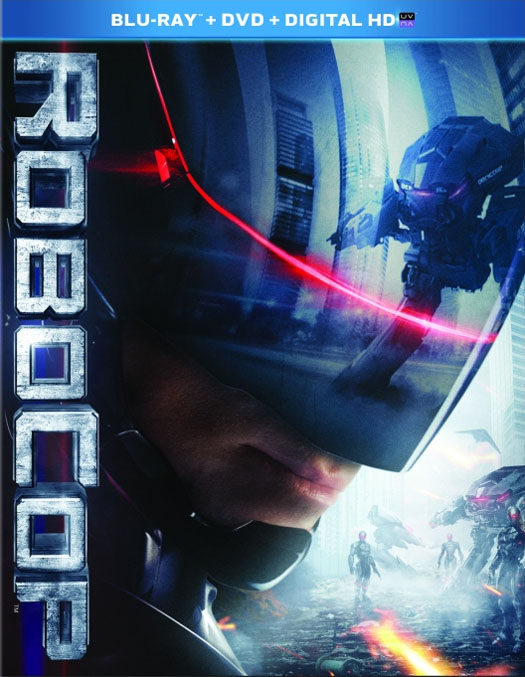