Everyone’s favorite orange mascot has crash-landed on PlayStation® 5, Xbox Series X|S and Nintendo Switch™ as Crash Bandicoot™ 4: It’s About Time is now available on these platforms. Also, PC players have not been furgotten, as the game will launch on PC via Battle.net on March 26!

With the launch of Crash Bandicoot™ 4: It’s About Time on new platforms, Activision Blizzard, Inc. is kicking Crash’s 25th anniversary party into high gear, featuring festivities to put the umph in gamers’ wump all year long! In the first of many celebrations to mark Crash’s silver jubilee, and the many lives he lost along the way, players will be able to access free Bare Bones skins for Crash and Coco upon completion of the game’s second level. 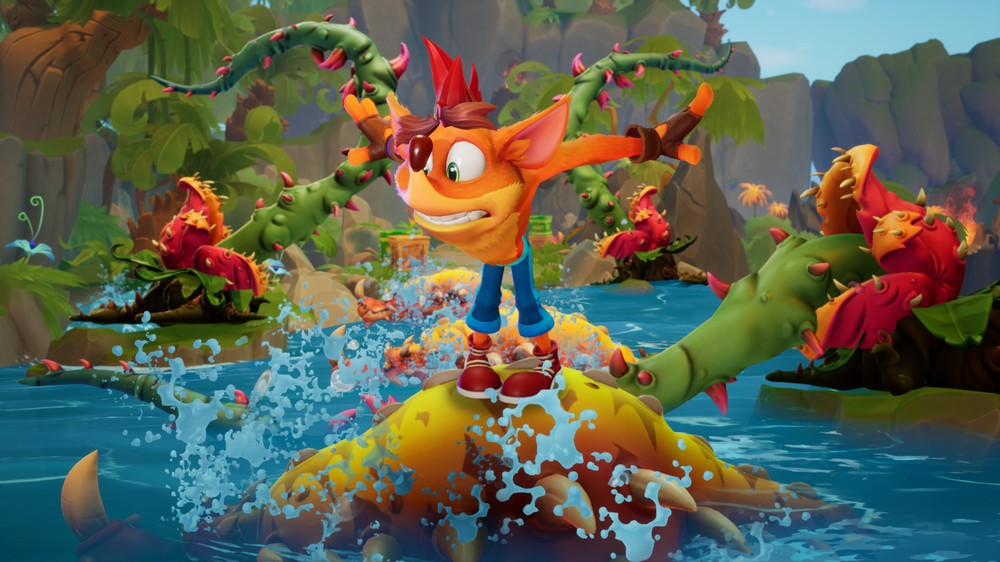 PlayStation® 5 and Xbox Series X|S players are in for some N. credible visuals when they experience the game as Crash, friends and foes in 4K with 60 FPS[1]. Players on either next-gen platform will enjoy quicker loading times, and with 3D audio on PlayStation® 5 and spatial audio on Xbox Series X|S, they can fully immerse themselves and jump right into the wumpy ride of cosmic proportions. PlayStation® 5 owners in particular will be in fur an extra treat with DualSense wireless controllers bringing adaptive triggers to players’ fingertips. Additionally, PlayStation® 5’s Activity Card feature will give players a clear breakdown of their progress throughout each of the game’s dimensions, providing guidance to achieve objectives and more. Xbox Series X|S will utilize Smart Delivery to enable users to play the appropriate version depending on their console. The fun doesn’t stop there, as the bandicoot has also crashed the party on Nintendo Switch™, allowing fans to experience Crash Bandicoot 4: It’s About Time on the go.

Developed by Toys for Bob, Crash Bandicoot 4: It’s About Time is available now for PlayStation® 5 and Xbox Series X|S for $59.99 SRP and Nintendo Switch™ for $39.99 SRP. Pre-orders for the PC edition via Battle.net are available now for $39.99 SRP. Players who own the game on PlayStation® 4, PlayStation® 4 Pro, Xbox One and Xbox One X ($59.99 SRP) will be entitled to receive next-gen upgrades at no cost (except in Japan) within the same console family[2]. To learn more about next-gen features, installation and other details, visit the FAQ page.

I've been an avid gamer since I stumbled upon ZORK running in my local Radio Shack in 1980. Ten years later I was working for Sierra Online. Since then I've owned nearly every game system and most of the games to go with them. Not sure if 40 years of gaming qualifies me to write reviews, but I do it anyway.
You might also like
Gaming NewsPlayStation 5SwitchXbox Series X|S