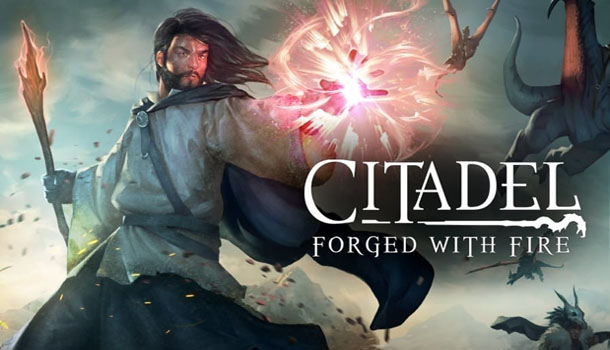 The magical world of Citadel: Forged With Fire is preparing to take flight on October 11 for Steam, PlayStation®4 computer entertainment system and Xbox One, for both retail and digital platforms. Set in the enchanted world of Ignus, this magical massive online sandbox RPG teaches aspiring wizards the art of spellcasting, spellcrafting, broomstick flying and extensive building as you make allies to form a House and then an empire.

Citadel: Forged With Fire is now available for pre-order through major retailers thanks to Solutions 2 GO, the exclusive worldwide distribution partner. Visit www.citadelthegame.com for more information and retail availability.

“With three major content updates and more than 90 patches, we worked directly with the community during Early Access to ensure that Citadel was massive in scale and rich with content in preparation for it’s full launch,” said Alex Tintor, managing director of Blue Isle Studios. “Three huge boss dungeons, the refinement of our broomstick flight and addition of the Broomstick Sports combined with enhancements to our spell crafting system will envelop players into this magical realm.”

Industry veterans Jack Tretton and Doug Kennedy have provided Blue Isles Studios with executive guidance for the studio’s titles SLENDER THE ARRIVAL and VALLEY, as well as secured development funding for CITADEL: FORGED WITH FIRE through OceanIQ Partners, LLC, where both serve as directors for its gaming fund.  Both Tretton and Kennedy have confirmed funding for Blue Isles’ next unannounced game through their other fund Interactive Gaming Ventures (IGV), which they founded together in 2018.

Citadel: Forged With Fire will launch worldwide to retailers and on digital platforms, October 11 for PlayStation®4, Xbox One and Steam PC, priced at $39.99, with pre-orders available now. The game is rated “T” (Blood, Violence) by the ESRB.

Band together with fellow wizards and learn to become a master sorcerer by following @PlayCitadel, ‘Like’ the arcane arts on Facebook and visit CitadelTheGame.com for more information.