Cepheus Protocol Coming to Steam Early Access on May 15 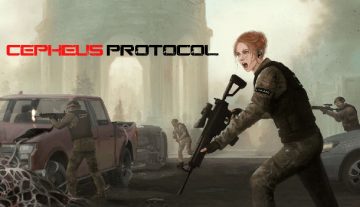 Treasure Island, San Francisco, has been infected with a mysterious alien outbreak called the Pangu Virus. Tens of thousands of people are being infected by Patient Zero, who controls the pandemic. Each day the virus evolves, turning the inhabitants into crazed monsters with one desire – spread the Pangu Virus beyond containment to consume all organic life. The Center for Disease and Epidemic Control is all that stands between Patient Zero and all-out chaos as they deploy to Treasure Island and set up a base, fighting street-by-street as they hunt down Patient Zero before it is too late!

For Cepheus Protocol’s Early Access Release, we will be launching with our first standalone feature, Pandemic Mode. Players race against time to hunt down and stop Patient Zero before all the inhabitants on Treasure Island are infected by the Pangu Virus and changed into mutated, bloodthirsty monsters. Players will have to retake each zone before it turns hot, all the while protecting their base from frequent attacks, save citizens in random encounters, and track down Patient Zero before she gains total control. With challenging gameplay and a strong focus on tactics, Cepheus Protocol updates the RTS genre in meaningful ways not seen in years.