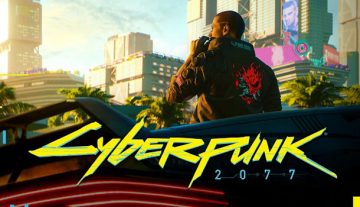 NVIDIA and CD PROJEKT RED today announced that NVIDIA® GeForce RTX™ is an official technology partner for Cyberpunk 2077 and that the companies are working together to bring real-time ray tracing to the game.

Cyberpunk 2077 won over 100 awards at E3 2018 and Gamespot calls it “one of the most anticipated games of the decade.” The game is the next project from CD PROJEKT RED, makers of the highly acclaimed The Witcher 3: Wild Hunt, which has won numerous “Game of the Year” awards. NVIDIA and CD PROJEKT RED have a long history of technology collaboration that spans more than a decade.

“Cyberpunk 2077 is an incredibly ambitious game, mixing first-person perspective and deep role-playing, while also creating an intricate and immersive world in which to tell its story,” said Matt Wuebbling, head of GeForce marketing at NVIDIA. “We think the world of Cyberpunk will greatly benefit from the realistic lighting that ray tracing delivers.”

“Ray tracing allows us to realistically portray how light behaves in a crowded urban environment,” says Adam Badowski, head of Studio at CD PROJEKT RED. “Thanks to this technology, we can add another layer of depth and verticality to the already impressive megacity the game takes place in.”

Cyberpunk 2077 is an open-world, action-adventure story set in Night City, a megalopolis obsessed with power, glamour and body modification. You play as V, a mercenary outlaw going after a one-of-a-kind implant that is the key to immortality. You can customize your character’s cyberware, skillset and playstyle, and explore a vast city where the choices you make shape the story and the world around you.

I've been an avid gamer since I stumbled upon ZORK running in my local Radio Shack in 1980. Ten years later I was working for Sierra Online. Since then I've owned nearly every game system and most of the games to go with them. Not sure if 40 years of gaming qualifies me to write reviews, but I do it anyway.
You might also like
Gaming NewsRTX Ray Tracing