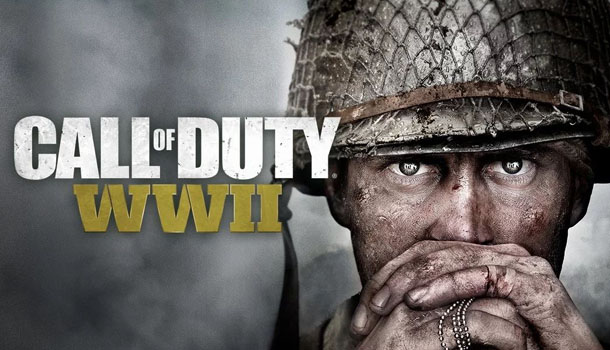 Beta Participants Receive Exclusive In-Game Helmet, Calling Card and Emblem for Use in Multiplayer at Launch

The highly-anticipated Call of Duty®: WWII Private Multiplayer Beta is now live around the world on PlayStation®4 (PS4™) system. Players who pre-ordered Call of Duty: WWII on PS4™ at participating retailers can jump in to the first of two consecutive weekends of testing, now through Monday, August 28. Private Multiplayer Beta participants will experience a small sampling of the Call of Duty: WWII multiplayer offering, including some of the diverse maps set in iconic World War II locations, the all-new Divisions system and the objective-driven War mode. The Private Multiplayer Beta is an important stress test of game systems at scale and serves as a critical development function offering real-time analytics and feedback prior to the final game release worldwide on November 3.

“Bringing Call of Duty: WWII to life has been a tremendous honor, and we can’t wait for fans to help test it beginning today with the Private Multiplayer Beta. This Beta is an incredible opportunity for us to hear from fans about their experiences and work together with the community to fine-tune and polish the game for its release this November,” said Michael Condrey, studio head and co-founder of Sledgehammer Games.

Added Glen Schofield, studio head and co-founder of Sledgehammer Games, “while this is just a slice of the full experience, we want players to dig in and have fun. We’ll pour over every bit of feedback across the maps and modes, as well as all-new features like Divisions and War Mode that will be in the test. We hope fans enjoy playing the game as much as we have enjoyed making it for them.”

The Call of Duty: WWII Private Multiplayer Beta delivers a small slice of the full multiplayer experience for players to partake in, including Divisions, a reimagining of the create-a-class system. Divisions give players the ability to reinforce their individual play styles by choosing from five iconic World War II divisions, each with specific division training and division weapon skills. While the final design of Divisions is still in-progress, the Private Multiplayer Beta test will provide players an introduction to five in-game Divisions.

Across both testing weekends, players in the Call of Duty: WWII Private Multiplayer Beta will have access to multiple multiplayer maps set against the backdrop of the greatest conflict in history, designed for the fast-paced, grounded multiplayer battles Call of Duty fans know and love. In addition, players will test War Mode, the all-new team-driven assault and defend game mode, developed in partnership with Raven Software. Additional multiplayer content coming this November in the final product, including Headquarters, the esports suite of features and functionality, Supply Drops and Loot as well as more maps and game modes are not available in the Private Multiplayer Beta.

Call of Duty: WWII, launching worldwide on November 3, marks a monumental return to the greatest military conflict in history for Call of Duty®. Players will be immersed in combat across three robust game modes; Campaign, Multiplayer and Nazi Zombies. The Campaign mode transports players to the European theater as they engage in an all-new story set in iconic World War II locations. Multiplayer marks an exciting return to the roots and combat that defined the franchise, offering fast-paced, grounded action with an iconic arsenal of weapons and equipment. Nazi Zombies is an original, terrifying co-operative mode that unleashes a frightening new horror story as a dark and sinister plot unfolds to unleash an invincible army of the dead.

Call of Duty: WWII is published by Activision Publishing, Inc., a wholly owned subsidiary of Activision Blizzard (Nasdaq: ATVI), and developed by Sledgehammer Games with additional development support from Raven Software. For the latest intel, check out: www.callofduty.com, www.youtube.com/callofduty or follow @CallofDuty and @SHGames on Twitter, Instagram and Facebook. Call of Duty: WWII is scheduled for release on PlayStation®4 system, Xbox One, and PC. The game is rated M for Mature (Blood and Gore, Intense Violence, Strong Language).