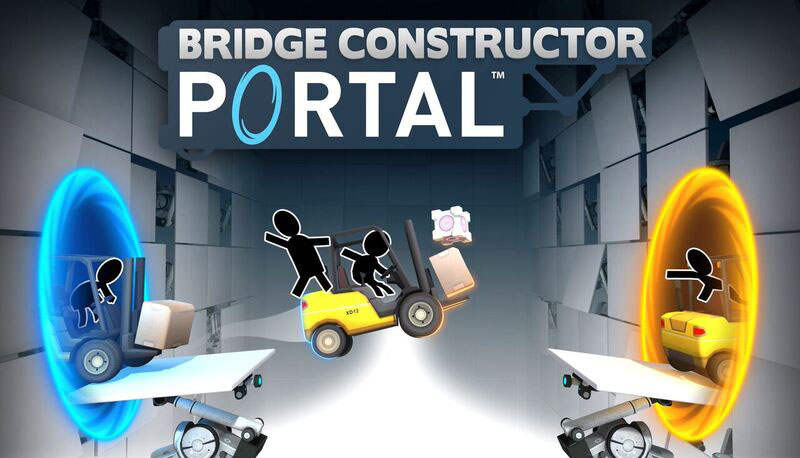 Bridge Constructor Portal promotes players to an Aperture Science employee tasked with building bridges, ramps, slides and other constructions to solve 60 test chambers. Scientists must make use of gadgets including portals, propulsion gel, and aerial faith plates to bypass dangers such as sentry turrets, acid pools and laser barriers – all under the watchful eye and scathing wit of GLaDOS.