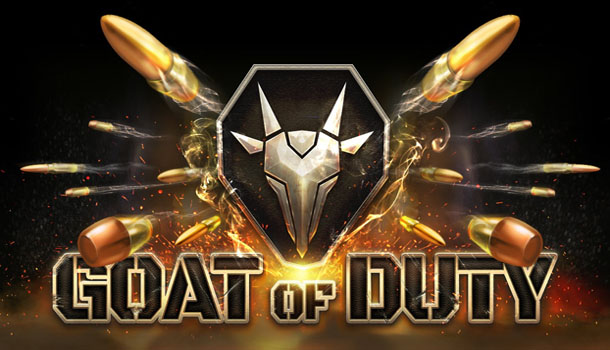 Have you ever wondered what would happen if you implanted a rocket launcher into a goat? Or how would a battle between goats in a space station look like? If you have, we advise you to visit your therapist of choice — and afterward, check out Goat of Duty, the only place on Earth where you can experience this kind of things (without illegal substances involved, that is).

Raiser Games is proud to announce Goat of Duty, the fast-paced hardcore FPS by 34BigThings (creators of Redout). What is Goat of Duty about? Look, we won’t lie to you, we did try to come up with some proper lore but, we’re talking about armed goats here, alright? So you are a goat; you’re armed to the teeth (well, the horns), there are other goats out there who want to kill you. In the end, we thought, ‘what the heck? isn’t a game about goats fun enough?’. So this is all you need to know — now go out there and show ’em what you goat.

Goat of Duty is a fast-paced and intense multiplayer first-person shooter. Zero nonsense: no need to master a convoluted metagame, learn different characters, combine skills, strategic team play… just devilish combat arenas, powerful weapons, and super fast action with a hilarious gore twist! And lots of silly humor, crazy goatstumes (skins), memes, and victory dances for you to troll your friends once you climb over their ragdolling, humiliated bodies!  The game will be released on Steam (release date to be announced but we promise it will be later this year — there’s no keeping this damned goats longer than that).