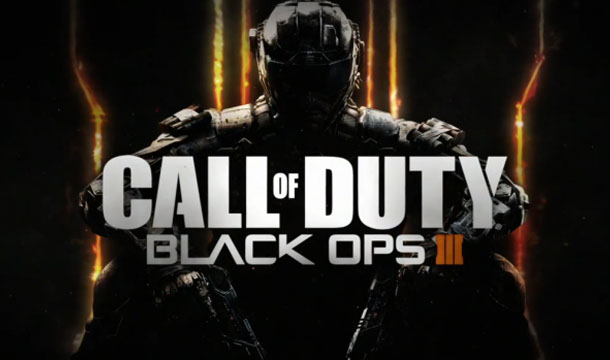 The wait is over.  The return of Black Ops is here, as Call of Duty®: Black Ops III, the ‘most anticipated multiplatform game of the season’ according to Nielsen, and the latest entry in Activision’s blockbuster Call of Duty®: Black Ops saga, is now available digitally and at global retailers worldwide. Call of Duty: Black Ops III, from Activision Publishing, Inc., a wholly owned subsidiary of Activision Blizzard, Inc., introduces a future where the line between man and machine is blurred, granting players with powerful abilities and an all-new momentum-based, chained movement system that completely redefines the way you play.

“With Black Ops III, we wanted to create a Call of Duty® game like no other, one that brings innovations to every mode in the game, and introduces a few new surprises along the way, all while staying true to the gritty, blockbuster thrill ride for which the franchise is known. And Treyarch has delivered,” said Eric Hirshberg, CEO of Activision Publishing Inc. “This game is so fun, so deep, so varied and has so many kick ass twists and turns, that we couldn’t be prouder of it. And we think our fans are going to love it.”

The title showcases the possibilities of Activision’s three-year development cycle for Call of Duty, as developer Treyarch has delivered a series of innovations across all modes of play, and the most content-rich game in Call of Duty history, including next gen features such as online play across all modes, extensive choice based gameplay, a suite of customization features, full eSports integration, bonus games and more.

“Black Ops III has been a true labor of love for us at Treyarch,” said Mark Lamia, Studio Head, Treyarch. “I am so proud of this team, who from the onset, challenged themselves to push our creativity, our craft and our technology to the limits with Black Ops III for next-gen platforms.”

Call of Duty: Black Ops III propels players forward to a future world dominated by cutting-edge technology, where bio-technology and cybernetic enhancements have given rise to a new breed of Black Ops soldier.  In true Black Ops fashion, the operator of 2065, armed with an array of high-tech weaponry and powerful bio-technical abilities, is equipped to take on enemies, human and mechanical, through an adrenaline-filled narrative on next gen platforms that can be played solo or co-operatively with up to four players.  The storytellers at Treyarch have pulled out all the stops in their twisted and dark take on the future – informed and inspired by scientific discoveries and advances of today.

“This is a historic partnership that makes PlayStation the best place to play Call of Duty. The massive reception to the game’s multiplayer beta only a few months ago demonstrated the huge appetite our fans have for this franchise and the anticipation for Black Ops III,” said Adam Boyes, VP of Publisher and Developer Relations, Sony Computer Entertainment America.  “This is the game our fans want, and we’re proud to welcome Call of Duty to its new home on PlayStation 4.”

In addition, on PlayStation 4, Xbox One, and PC, the all-new Gunsmith gives fans the ability to build weapons that support their own play styles, and the Weapon Paint Shop provides tools to express the player’s unique identity with custom paint jobs.  The Weapon Paint Shop takes Black Ops‘ fan-favorite emblem editor functionality to the next level, supporting the ability to paint three sides of every gun with 64 emblem layers per side.  It’s the most robust suite of player personalization tools to date, allowing players to express their creativity with custom camos and attachment sets for every gun.

With a full complement of new maps, scorestreaks, weaponry, the Pick 10 Create-a-Class system, new Specialist system, along with fan-favorite modes like Uplink and Hardpoint, and all-new modes like Safeguard, Black Ops III’s multiplayer raises the bar.  Additionally, next gen features such as the Weapon Paint Shop and Gunsmith, a full suite of eSports-specific features, including the return of Theater, and the new Black Market loot system adds to an incredible amount of multiplayer content for fans.  Gunsmith, Weapon Paint Shop, eSports features, and Black Market loot system are available on PlayStation 4, Xbox One, and PC only.

In addition, Call of Duty: Black Ops III takes players to the terrifying 1940s film noir inspired next chapter of the beloved Call of Duty Zombies mythos, in Shadows of Evil.  Set in the ominous back streets and dark recesses of Morg City, Shadows of Evil introduces four tragically flawed strangers – The Magician, The Femme-Fatale, The Cop and The Boxer – where each character awakens to a nightmarish world overrun by the undead. Shadows of Evil is designed to test the limits of the quartet’s physical and mental resolve, as each of the characters fight to overcome confusion and amnesia, in the hope that they can piece together the events that brought them into this twisted world, with the help of the mysterious Shadow Man.

Featuring voices and likenesses, the characters are played by Jeff Goldblum (Jurassic Park, Independence Day), Heather Graham (The Hangover 1-3, Californication), Neil McDonough (Captain America: The First Avenger, Band of Brothers), Ron Perlman (Sons of Anarchy, Hellboy) and Robert Picardo (Star Trek: Voyager, Stargate SG-1).  For the first time in Call of Duty, a XP progression system allows players to level-up in Zombies and customize weaponry available to them in the world. This immersive and action-packed co-op survival mode marks the most expansive Call of Duty Zombies experience to date.

Lastly, no Black Ops game would be complete without some surprises for the fans. Players that complete the Call of Duty: Black Ops III campaign can access the heavily-rumored “Nightmares” mode, and play the campaign in an entirely new way, with Zombies! In addition, players who explore the Safe House could potentially gain access to the “Dead Ops Arcade” easter egg, a bonus mode sure to delight fans of the golden age of video games. These two pieces of bonus content are sure to keep fans entertained well beyond the studio’s signature three-games-in-one offering, delivering the most robust Call of Duty in franchise history with Call of Duty: Black Ops III.  Nightmares campaign mode, Safe House, and Dead Ops Arcade available on PlayStation 4, Xbox One, and PC only.

Also available today on PlayStation®4 computer entertainment system, Xbox One, the all-in-one games and entertainment system from Microsoft and PC platforms, is the Call of Duty: Black Ops III Season Pass, which gives access to four Call of Duty: Black Ops III DLC Map Packs to be released during 2016 at a bundled discount (discount based on a Season Pass suggested retail price of $49.99, and four individual DLC Map Packs at a suggested retail price of $15 each). The DLC Map Packs will be available first on the PlayStation®4 system and pricing and release dates may vary by platform.

Fans that preordered Call of Duty: Black Ops III gain instant access to Nuk3town, a re-imagined version of the fan-favorite multiplayer map that integrates Black Ops III‘s momentum-based chained-movement system, combined with the intense close-quarters action that makes a Nuketown map a quintessential Call of Duty experience.  All players that preorder the game at participating retailers globally will receive the Nuk3town downloadable bonus map as an in-box download code, available with launch units of Call of Duty: Black Ops III for PlayStation®4 system, Xbox One and PC.

Also available now, The Giant, a remake of Der Riese, one of the most cherished Call of Duty Zombies maps, features the return of the four classic Zombies protagonists – Tank Dempsey, Nikolai Belinski, Takeo Masaki and Edward Richtofen.  The Giant is available on PlayStation®4 system, Xbox One and PC as a bonus with purchase of the Digital Deluxe Edition, the Hardened Edition, the Juggernog Edition, and the Call of Duty: Black Ops III Season Pass.

As the flagship title for Activision’s new Call of Duty World League, Treyarch’s Black Ops III multiplayer will provide a deeper level of engagement with the elite circuit of professional gamers, while also encouraging casual fans and aspiring competitors of Call of Duty to enjoy the thrill of competition across different skill levels.  Call of Duty World League players competing in Black Ops III will vie for up to $3 million in prize pools as the eSports season commences next year.

Call of Duty: Black Ops III is developed by Treyarch, and available for PlayStation®4 system, Xbox One, the all-in-one games and entertainment system from Microsoft and PC.  A version of the game is also available for PlayStation®3 computer entertainment system and Xbox 360 games and entertainment system from Microsoft, which is developed by Beenox and Mercenary Technology.  Call of Duty: Black Ops III PlayStation®3 system and Xbox 360 versions do not include a co-op or single-player campaign game mode, and do not contain all game features present in the PlayStation®4 and Xbox One versions.  Game performance varies by platform.  For more details visit callofduty.com/blackops3/features.

For the latest intel on Black Ops III, check out: www.callofduty.com, www.youtube.com/callofduty or follow @CallofDuty, and @Treyarch on Twitter, Instagram and Facebook.  Call of Duty: Black Ops III is rated M for Mature with Blood and Gore, Drug Reference, Intense Violence and Strong Language.