In 1907, Arthur Harrington Bartlow invented an extraordinary device — a video game, long before the era of advanced electronics. Unfortunately, Bartlow’s machine often injured those who played it. He lost every penny he had, and his groundbreaking creation was lost to history… until now.

Working from archived diagrams, surviving fragments, and Bartlow’s own journals, Seattle-based developers Beep Games and Tribetoy have teamed up to recreate this amazing device in Bartlow’s Dread Machine, a dual-stick arcade shooter coming this summer to Xbox One and Windows PC (Steam and Microsoft Store).

The Style
Preserving the original’s turn-of-the-century innovation, Bartlow’s Dread Machine plays like a mechanical game from the dawn of the electric age. On-screen action is visibly articulated and rigged, just like an arcade game of yesteryear, while the game’s backdrops and visual effects draw heavily from stagecraft and vintage puppet theater. Characters and environments are rendered from tin — a material that noticeably degrades when struck by bullets.

The Story
Anarcho-Satanists have kidnapped President Teddy Roosevelt! Playing as the Secret Service agent tasked with his rescue, pursue his relentless abductors through New York’s Central Park, across the Great Plains to the rubble of post-earthquake San Francisco, and through the newly excavated Panama Canal into the South American jungle. The future of the American way of life rests on your tiny tin shoulders!

The Game
Bartlow’s Dread Machine is an intense arcade shooter with single-player and couch co-op modes. Choose from eight diverse agents and unlock playable historical figures including Annie Oakley and zombie General Custer. Shoot down enemies with a variety of ranged weapons, from six-shooters and machine guns to Nikola Tesla’s Lightning Precipitator and Marie Curie’s Radium Expulser. And stay alert, as there are rumors Bartlow himself left hidden messages in his creation… 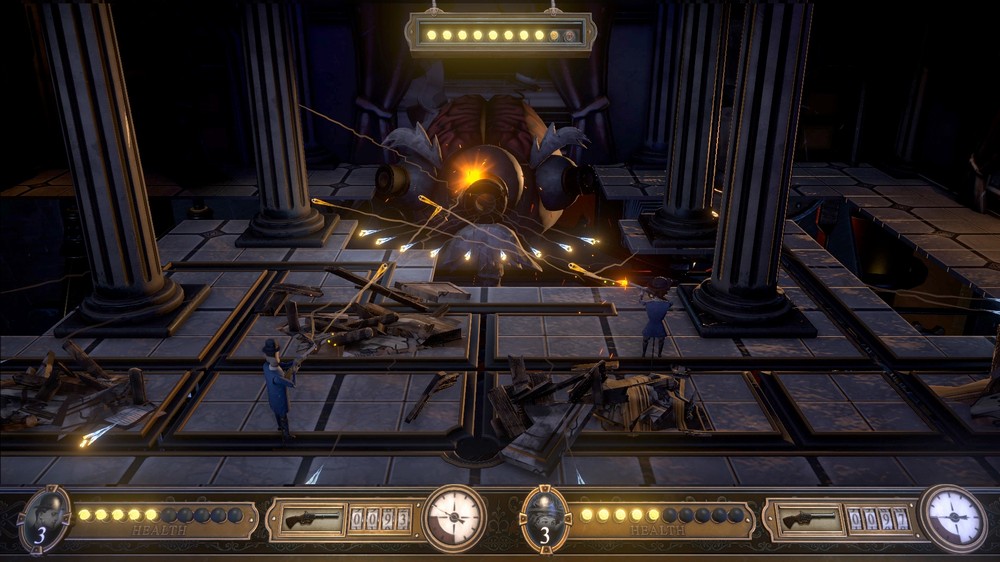 I've been an avid gamer since I stumbled upon ZORK running in my local Radio Shack in 1980. Ten years later I was working for Sierra Online. Since then I've owned nearly every game system and most of the games to go with them. Not sure if 40 years of gaming qualifies me to write reviews, but I do it anyway.
You might also like
Gaming NewsPCVideo Game TrailersXbox One