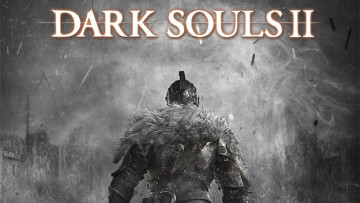 Games America Inc. today announced that DARK SOULS™ II for the PC platform has launched at select retailers and via digital download on Steam worldwide (as of 3:00pm Pacific Time). Dark Souls II is the critically acclaimed, punishing sequel to 2011’s hit Dark Souls, a game that is regarded by critics and fans alike to be one of the most challenging and rewarding experiences in videogame history. The PC version of Dark Souls II will take players on a journey through a devastated world where death and despair lurk around every corner; only those who posses strong-will and cunning will survive to achieve glory. Dark Souls II delivers a constant threat of death from bloodthirsty enemies and hellacious bosses as players face soul-crushing challenges throughout the game.

Already having earned the adulation of game critics and fans with the PlayStation®3 (91 Metacritic score) and Xbox 360 (92 Metacritic score) versions of Dark Souls II; this latest version of the game will harness the power of the PC platform and give PC fans the opportunity to further immerse themselves into the richly designed yet unforgiving Dark Souls II world through increased texture resolution and enhanced frame rates. Lastly, Dark Souls II on PC will also support both gamepads and mouse-and-keyboard control options.

“FromSoftware has taken the time and great care to deliver Dark Souls II for PC at the level that PC fans expect.” said Chris Gilbert, Senior Vice President of Sales and Marketing at BANDAI NAMCO Games America Inc. “We’re looking forward to fans enjoying the PC version’s upgraded graphical fidelity and its increased frame rates that is sure to deliver an extra visceral punch and open a new dimension to the great gameplay contained in Dark Souls II.”

Rated T for Teen by the ESRB, Dark Souls II for PC is available for purchase now at video game retailers and on Steam in the Americas (beginning at 3pm Pacific Time) for a MSRP of $49.99. Dark Souls II for the PlayStation 3 computer entertainment system and the Xbox 360 games and entertainment system from Microsoft launched in the Americas on March 11, 2014 and is available for purchase at all major video game retailers. Dark Souls II for PC will launch with Brazilian Portuguese subtitle localization, while the PlayStation 3 version will receive a patch for a Brazilian Portuguese language update on April 25 and the Xbox 360 version will receive this language title update on April 29.