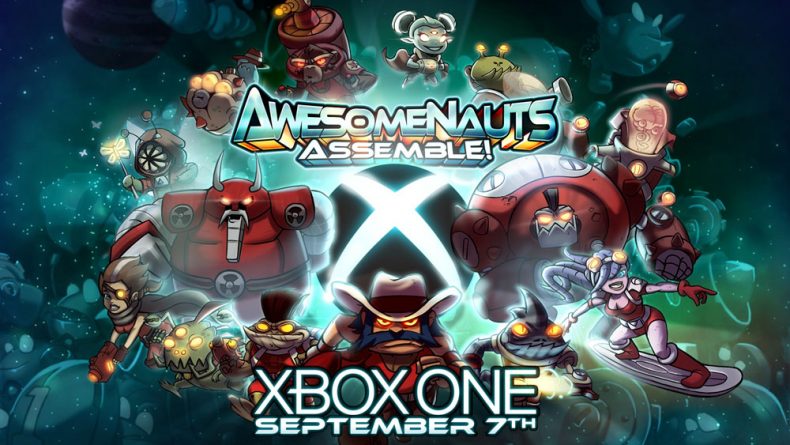 Millions of fans have already enlisted in the strongest fighting force of the future and we’re excited to welcome the Xbox One fanbase into the Awesomenauts community! To celebrate, we’re offering all five of the characters from the Starstorm Expansion pack for free to all Xbox One users during our launch window (offer ends September 12th)!

Don’t feel like going out onto the the 3v3 battlefields without some backup? Recruit two of your friends for some old-school splitscreen action. And there are plenty of characters to choose from for you and your friends, as the original Awesomenauts cast has grown from six to 26 Intergalactic Mercenaries! In addition, there will be over 70 items of optional DLC available at launch. This content has a combined value of over $250 and the best thing is that we’ll be giving a lot of it away. We’ll be hosting raffles where lucky winners will walk away with a copy of the game and ALL DLC at launch.

I've been an avid gamer since I stumbled upon ZORK running in my local Radio Shack in 1980. Ten years later I was working for Sierra Online. Since then I've owned nearly every game system and most of the games to go with them. Not sure if 40 years of gaming qualifies me to write reviews, but I do it anyway.
You might also like
Contests & GiveawaysGaming News