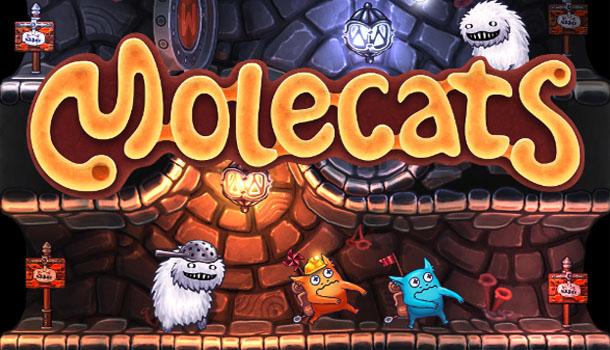 Launching August 28 on Steam after a productive season on Early Access, Molecats is a true labor of love for multinational developer Vidroid – which has won several awards and produced sought-after talent, such as: sound designer Samuel Justice, who is credited on a number of AAA titles such as B4, Amnesia, and Paragon; and composer Vasiliy Kashnikov, who wrote the scores for Knock-knock, The Void, and Cargo! The Quest for Gravity.

Watch the trailer below to get a feel for the game’s charming, unexpected underground world:

In Molecats, your job is to help the aforementioned Molecats secure ever-important foodstuffs (‘shrooms) and loot (relics). Guide them through dangerous underground tunnels by twisting and turning tiles – indirectly controlling where and how your crew tackles each challenge. Ruthless monsters and traps will be around every corner: Take your time and plan each move carefully to keep those Molecats smiling. Of course, finding the exit with both goodies and limbs intact is great – but stay on the lookout for achievements, secondary goals, unlockables, secret levels, and more. You never know what you’ll dig up underground.

Molecats will be available on Steam as a full release Tuesday, August 28 for $12.99.