Assassin’s Creed Origins takes place in Ancient Egypt, the most mysterious place in history, during a crucial period that will shape civilization. Playing as Bayek, a protector of Egypt, players will journey into a living, systemic open world, and discover the secrets behind the Great Pyramids, forgotten myths, the last pharaohs, and – engraved in long-lost hieroglyphics – the origin story of the Assassin’s Brotherhood.

Assassin’s Creed Origins is a brand-new vision for the franchise embracing Action-RPG elements where players level up, loot and choose their abilities to customize their very own skilled Assassin. A reinvented combat system allows players to experience a completely new way to battle as they master a variety of weapons with different characteristics and rarities to defeat challenging enemies and unique bosses. The revamped narrative experience offers total freedom for players to choose and complete quests at their own pace, with each adventure telling an intense and emotional story full of colorful characters and meaningful objectives. With an entire country to explore, from deserts to lush oases, from the Mediterranean Sea to the tombs of Giza, players will fight against dangerous factions and wild beasts as they explore this gigantic and unpredictable land. 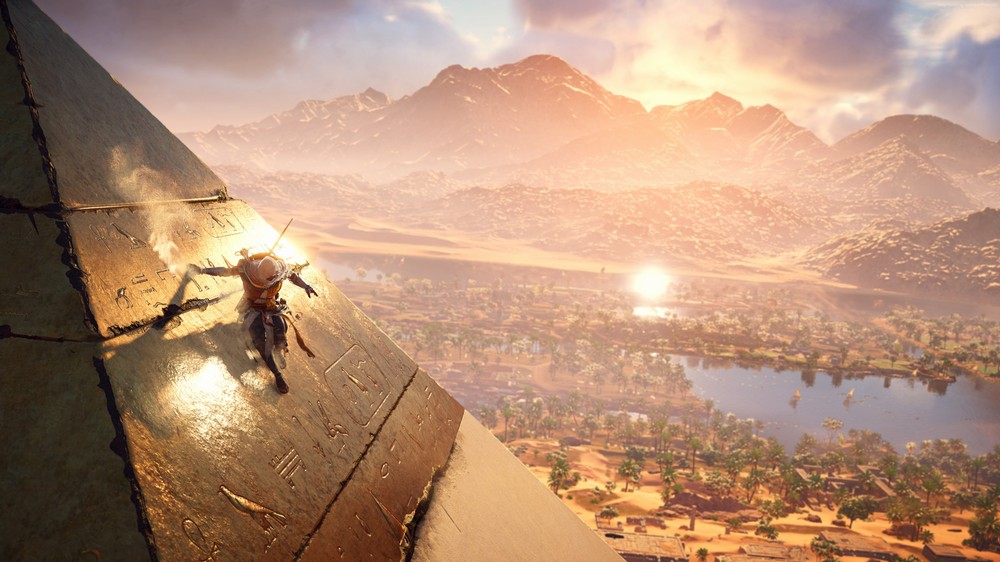 The launch of Assassin’s Creed Origins is just the beginning for players who dive into the vast and mysterious open world of Ancient Egypt and wish to continue progressing with new content. The season pass contains two story expansions, to be released in January and March 2018, as well as a pair of cosmetic packs, 500 Helix Credits, and an exclusive rare weapon called the Calamity Blade. The season pass is included in the Assassin’s Creed Origins Gold Edition and is also available for purchase by itself for $39.99. Separate from the season pass, Assassin’s Creed Origins will receive an array of free content, already available or to be released in the coming months, including a Photo Mode, the time-limited Trials of the Gods events, an educational mode called Discovery Tour and a Horde Mode that allows players to fight endless waves of enemies in the Gladiator Arena.