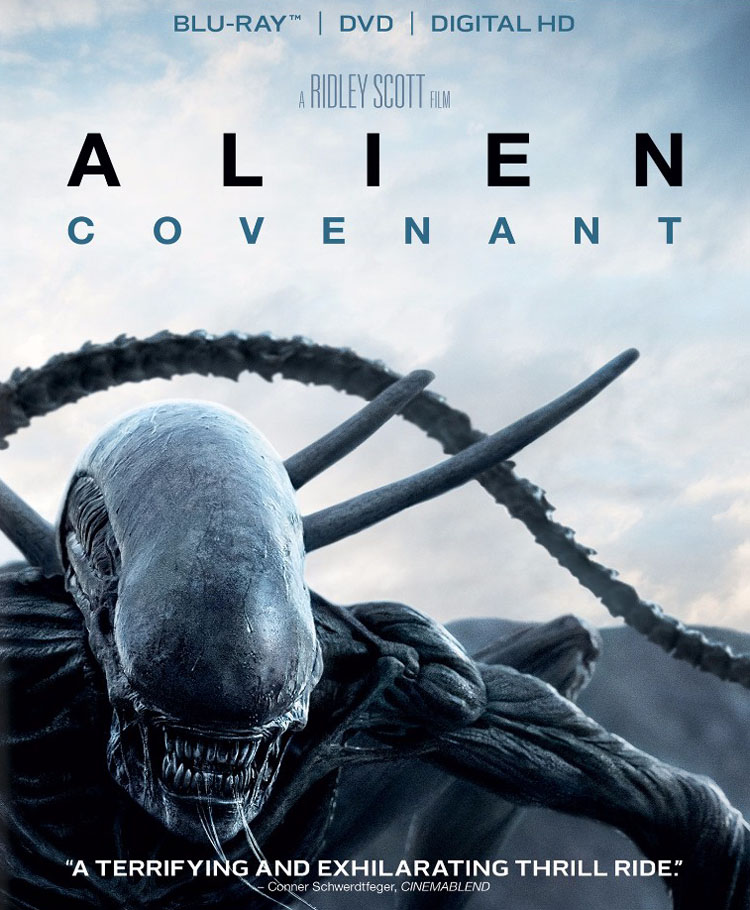 The crew of the colony ship Covenant, bound for a remote planet on the far side of the galaxy, discovers what they think is an unchartered paradise, but is actually a dark, dangerous world. When they uncover a terrifying threat beyond their imagination, they must attempt a harrowing escape.

Featuring an all-star cast including Academy Award Nominee Michael Fassbender (X-Men franchise, Steve Jobs), Katherine Waterston (Fantastic Beasts and Where to Find Them), Billy Crudup (Jackie), Danny McBride (This Is The End) and Demián Bichir (The Hateful Eight), ALIEN: COVENANT is loaded with bonus material including a making-of documentary, deleted and extended scenes, commentary by director Ridley Scott, an inside look at “David’s Lab,” crew fear tests, and much more.

Fans can also pick up exclusive editions of ALIEN: COVENANT at Walmart, Target and Best Buy!