PC, console, and arcade video games have always received a “bad rap” by parents and various political groups, but with the recent flourish of teenage violence and the alarming increase in school shootings it seems that violent video games have become the target for one of the most unusual witch hunts since the days of Salem.

Video games have been around for over 20 years now, so it only stands to reason that the kids who were playing these games back in the 80’s and 90’s are now adults and require a bit more “sophistication” in their games. Given the choice of leading a SWAT team into an embassy full of hostages in Rainbow 6 or bouncing Mario off a couple thousand mushrooms and cute bad guys; what do you think the average thirty-something gamer would rather play.

This explains why we need games of a more adult nature, but the real problem comes in determining who has access to these games. The ESRB was established in 1994 to examine each game and give it a rating based on various criteria. These ratings could range from K-Kids to AO-Adults Only with various levels in between. To date they have rated more than 7000 games, but rating a game is much like rating a movie and the concept only works if it is enforced.

Some parents just don’t care, like the parents (if you can call them that) of the 8-10 year old who was sitting a few rows ahead of me in the R-rated Hannibal the other day who had to take their screaming and terrified kid into the lobby during one of the more gruesome scenes. In the case of video games, some parents simply aren’t aware or don’t understand the ratings system. An FTC study conducted back in May, 2000 showed that while 61% of parents knew about the ESRB ratings only 37% actually understood them. 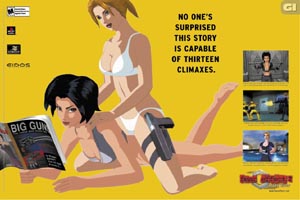 Another issue is marketing. There are many more Mature rated games being made and not-surprisingly being sold these days. The same FTC study showed that about 75% of these games are being marketed toward kids who are too young to buy them. Nintendo wisely dodged this trend by only advertising their new adult-themed Conker’s Bad Fur Day in magazines such as Playboy and Maxim, and only on TV after certain hours or during certain Mature rated shows such as Comedy Central’s South Park. Other games such as Fear Effect 2 has sexy ads in several popular game magazines. While these magazines and their advertisers are primarily targeted to adults, they are still easily accessible to children of a “questionable” age.

Very few software stores check ID’s when kids try to buy Mature-rated games. The same FTC investigation visited some 400 stores around the country and determined that 90% of these stores sold Mature games to kids between the ages of 13 and 16 when their parents weren’t with them. But is it the job of your local software store to raise our kids? I think not. Parents today need to get involved with what their kids are doing, and not just to police what kind of movies and games they are exposed to.

Of course some parents just don’t have a clue as clearly indicated by the story (or perhaps urban legend) of the mother who bought Conker’s Bad Fur Day for her little one then after being shocked and offended returned the game and started an “anti-dirty game” movement. Come on people – how many warnings do the marketing department have to plaster on the box before people get it. Some people just can’t look past the cute squirrel on the box.

Whether you want to blame bad parenting, evil marketing departments, or the game designers themselves, it all boils down to who is really buying these games. The ISDA did a recent study that showed 97% of people who buy computer games and 87% of console game buyers are 18 or older. This makes perfect sense considering your average 13-17 year old doesn’t have $40-50 to drop on video games without financial assistance from a parent or guardian. If these numbers are accurate then it seems everyone is doing their job, and there aren’t that many games falling into the wrong hands as busy senators might have you think. 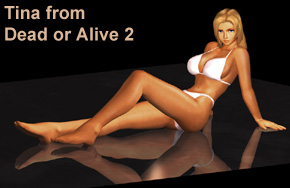 Bad language has slowly been increasing in modern games. I remember when I had to install the “Cuss Pack” for Redneck Rampage many years ago if I wanted to hear any bad language. Now games like Kingpin and The Longest Journey are filled with profanities that would send a seasoned sailor running for the confessional booth. Sometimes the language is used for shock value, but for the most part it usually serves the story. After all, Kingpin was about gangsters and criminals and they don’t usually run around saying “darn, heck, and shoot”. 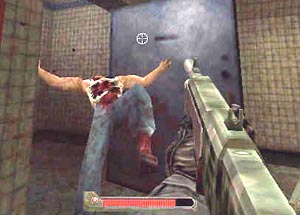 Each year game companies test the censorship waters by seeing just how far they can go. For a while it seemed that one game, Soldier of Fortune may had gone too far. Due to very graphic and realistic imagery depicting all sorts of horrible and painful deaths and dismemberments, this game was literally banned from software stores in Canada and forced to be sold as adult entertainment putting it in the same classification as pornography. That ruling was recently overturned much like the Indiana statute that had arcade owners hiding their M-rated video games in private areas much like the adult section at a video store.

Cultural differences play a big part in video game content. A large percentage of the games we play in the states originate overseas where concepts such as sex and nudity are commonplace on their TV and their games. These games often have to be “toned down” when making their transition to the US, but with import titles becoming more accessible many dedicated fans are able to get copies of the uncensored versions of their favorite titles.

One could ultimately ask, “Do we need sex and violence in our video games?” As long as there is any type of entertainment whether it be video games, movies, theater, or books, those forms of expression will always reflect current society. We live in a world of violence with cops and robbers and terrorists. While I doubt that too many kids would tell their teacher they want join organized crime, steal cars, or become a professional hit man when they grow up, it sure might be fun to explore these opportunities in a harmless outlet such as video games.

Video games don’t cause violent behavior or train our kids to become criminals, although most adults would have you think so. These are probably the same adults that spend little to no “quality time” with their kids on a daily basis. If you ask most kids, playing Quake or any other violent game they will tell you it is a great way to relieve stress from the pressures they are subjected to in school and in their daily life. While it may not be as productive or socially beneficial as getting together with friends and going to the gym to work out or playing some hoops down at the park, it is nonetheless just as safe.

It is definitely time to stop blaming games and the media for violent behavior in today’s youth. Kids have problems but they don’t stem from their choice of entertainment. Well-adjusted kids come from well-adjusted homes with well-adjusted parents. If you give a kid a solid foundation at home there is no game in the world that is going to corrupt them.