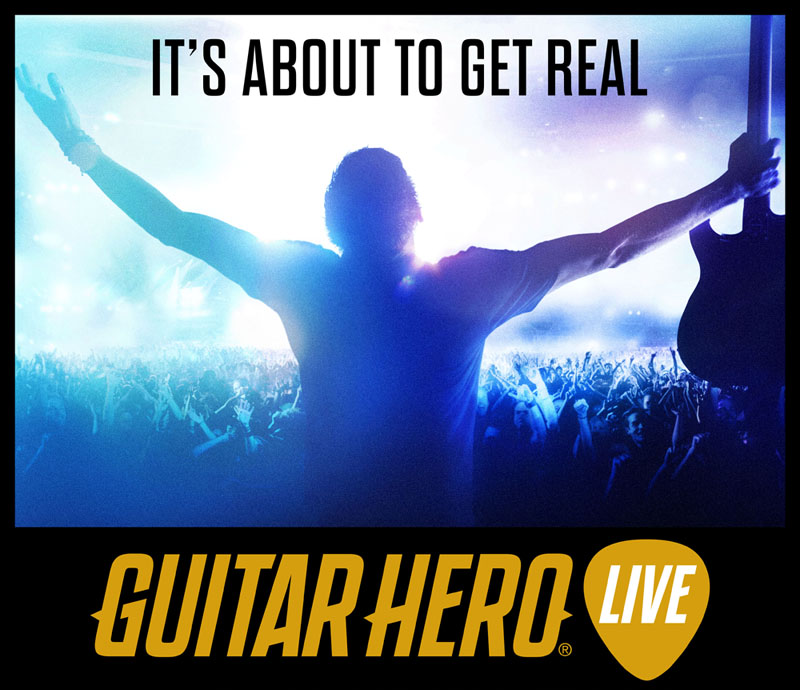 Guitar Hero, the pop culture phenomenon that exploded onto the scene and brought a new way to interact with music, is back, with true, breakthrough innovation that will re-ignite your dreams of becoming a rock star. Activision Publishing, Inc., a wholly owned subsidiary of Activision Blizzard, Inc. today announced Guitar Hero Live, introducing a brand new generation to Guitar Hero, which upon its release became the quickest console franchise in video game history to reach one billion dollars in sales in North America and Europe, and was played by over 40 million players.

Developed by FreeStyleGames, the studio behind the critically-acclaimed DJ Hero and DJ Hero 2, Guitar Hero Live introduces two powerful ways to play, including GH Live, a first-person point of view where you are up on stage as the star of the show. A quantum leap forward in immersion and realism, GH Live is a live-action experience that delivers the full emotional roller coaster of being on stage and performing in a real band, in front of real crowds, who dynamically react in real-time to how well or poorly you play. As the lead guitarist, you play an array of songs that span the changing musical landscape, in a variety of venues, from the smallest club stage in front of a hundred people, to the massive main stage of an outdoor festival in front of a hundred thousand people.

Guitar Hero Live also introduces GHTV, the world’s first playable live music video network. GHTV is a 24-hour mode that lets fans play along to a continually-updated collection of official music videos – across a wide variety of genres – from the newest releases to favorite hits. Fans can pick from multiple channels and themed shows, discovering new songs as they play, and can also choose songs to play on-demand. In GHTV, fans can also play with their friends in the same room and against players from around the world to see who has the highest score on a given song, while completing challenges along the way. GHTV is a living, breathing platform that serves as an ever-growing source for new music discovery while further bringing the party atmosphere back to the living room. 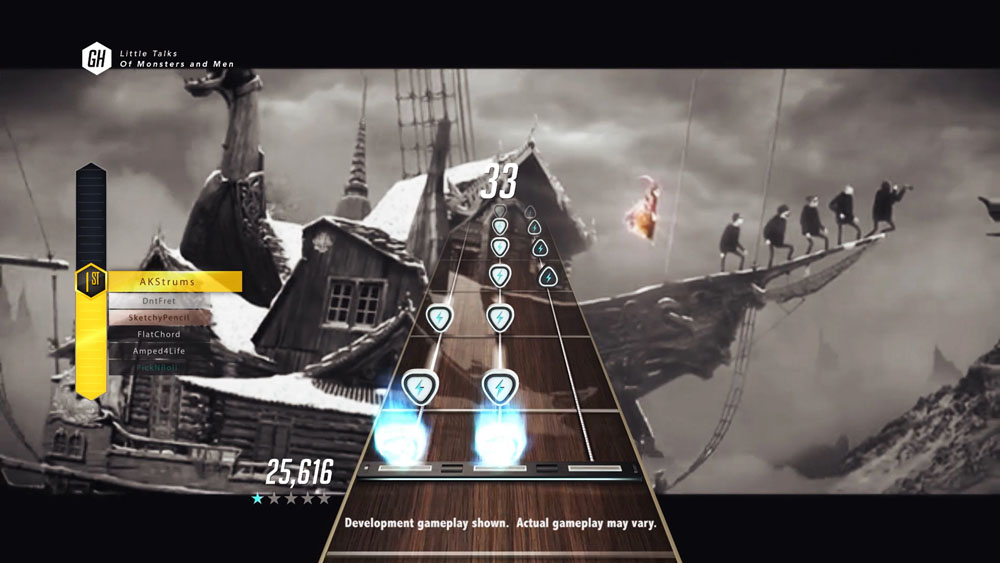 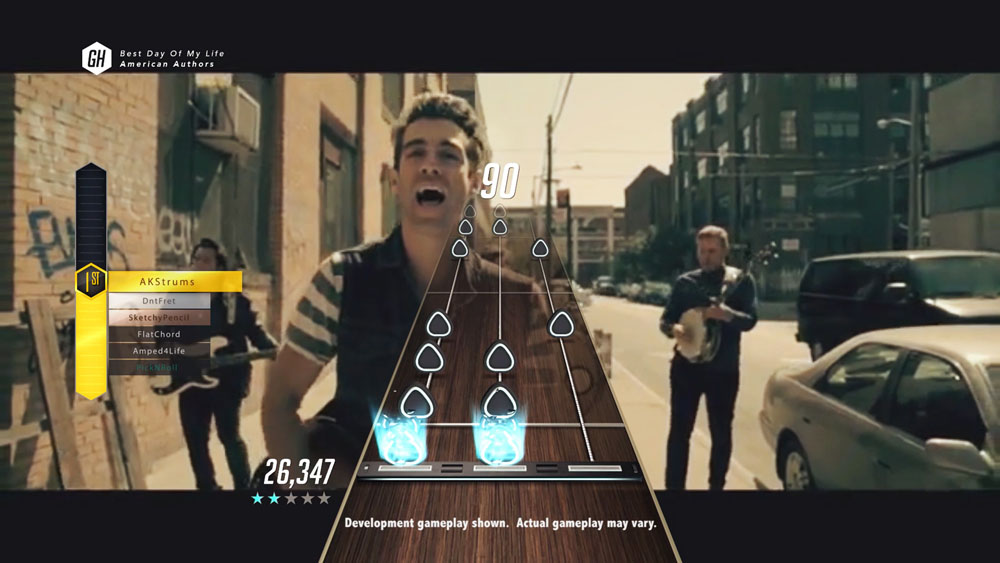 The breakthrough innovations in Guitar Hero Live also extend to mobile. Both GH Live and GHTV arefully playable both on consoles as well as tablets and mobile phones. More exciting details will be announced in the near future.

“Guitar Hero is a franchise that so many people love. Figuring out how to bring it back with true breakthrough innovation has been years in the making, and a labor of love,” said Eric Hirshberg, CEO of Activision Publishing, Inc. “Guitar Hero Live lets people rock real crowds with real reactions. Our goal was literally to give people stage fright. And with GHTV, we have created the world’s first live, playable music video network. All of it is playable on consoles, or mobile devices. Guitar Hero is back and better than ever.”

Guitar Hero Live enhances the gameplay experience by introducing a modern, redesigned guitar controller, featuring two rows of three buttons that better reflects the way people naturally play. The new format ensures fun for players of all abilities. For beginners, you can feel like a rock star by mastering play with just the bottom three buttons. Medium-level players don’t have to stretch their fingers down the neck of the guitar controller anymore and can instead skillfully play two-row combinations that mimic real chords. Experienced players have a new challenge in creating complex chord-like shapes and finger combinations that will bring new thrills to veterans. This simple innovation makes it easier for beginners to play and harder for veterans to master.

Music variety is at the heart of the game. Guitar Hero Live takes the approach of the modern music festival, with rock, folk, EDM, hip-hop, country and pop acts sharing the same stage. The game will feature hundreds of playable songs from a diverse array of artists, including The Black Keys, Fall Out Boy, My Chemical Romance, Gary Clark, Jr., Green Day, Ed Sheeran, The War on Drugs, The Killers, Skrillex, The Rolling Stones, The Lumineers, Carrie Underwood, Pierce the Veil and Blitz Kids, with many more bands to be announced in the coming months.

“We are pleased to support the launch of Guitar Hero Live, building on one of the most successful music video-game franchises of all time, and providing our artists with a fun and interactive experience for their fans,” said Bruce Resnikoff, President of Universal Music Enterprises.

Pete Wentz of Fall Out Boy and Gerard Way from My Chemical Romance are joining Activision CEO Eric Hirshberg and Jamie Jackson, Creative Director and Co-Head of FreeStyleGames, on-stage at the Best Buy Theatre on April 14th to showcase their songs featured in Guitar Hero Live and celebrate the reveal of the game. 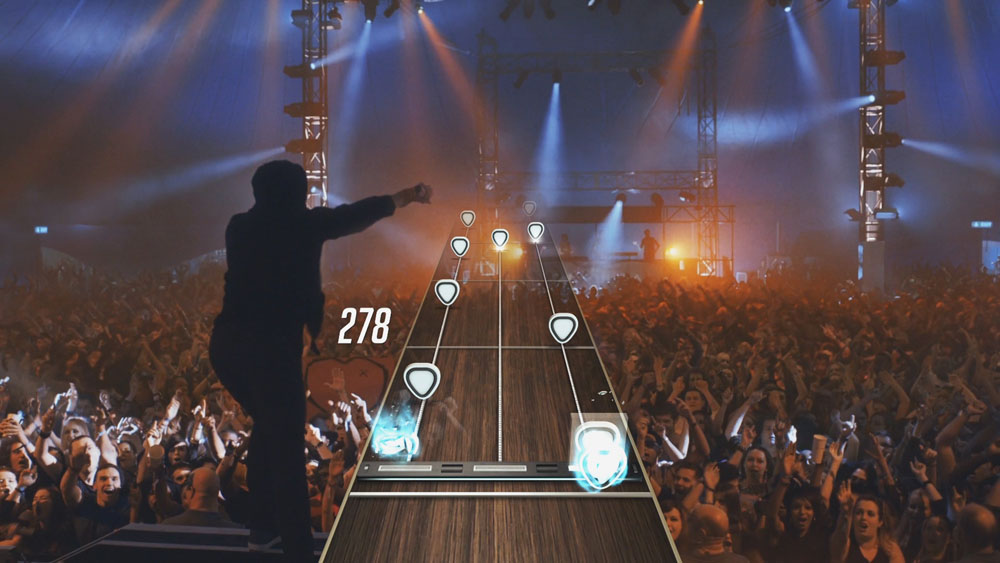 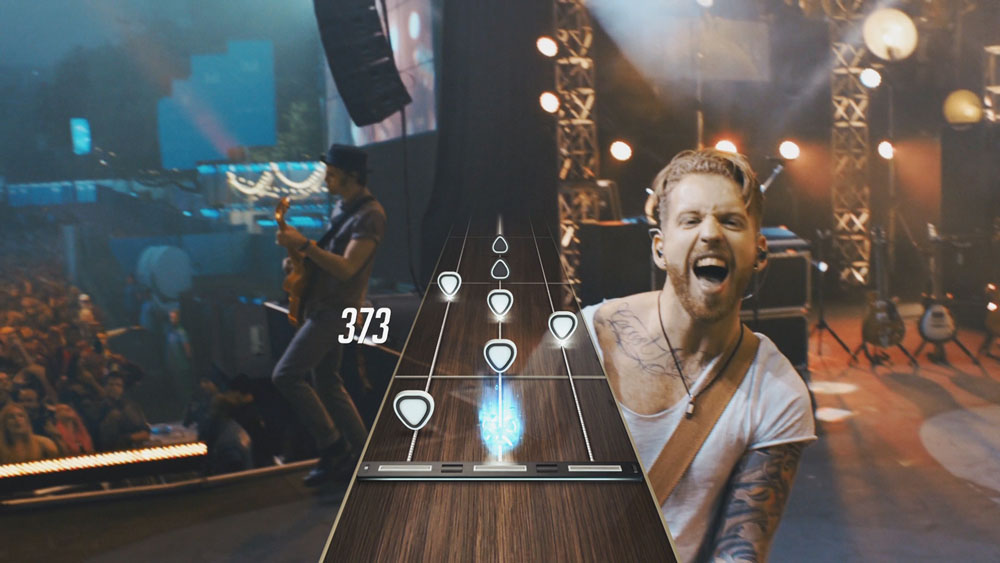 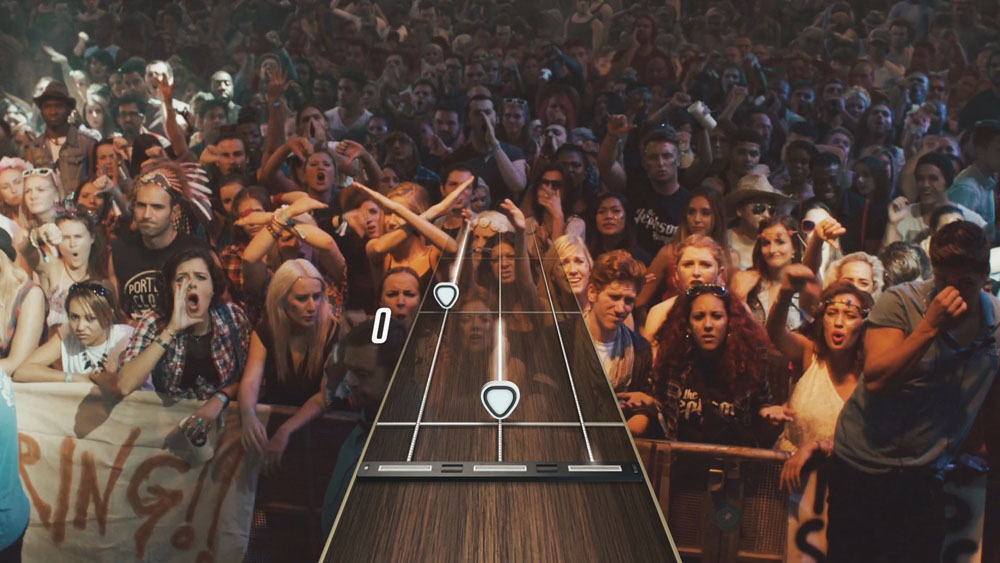 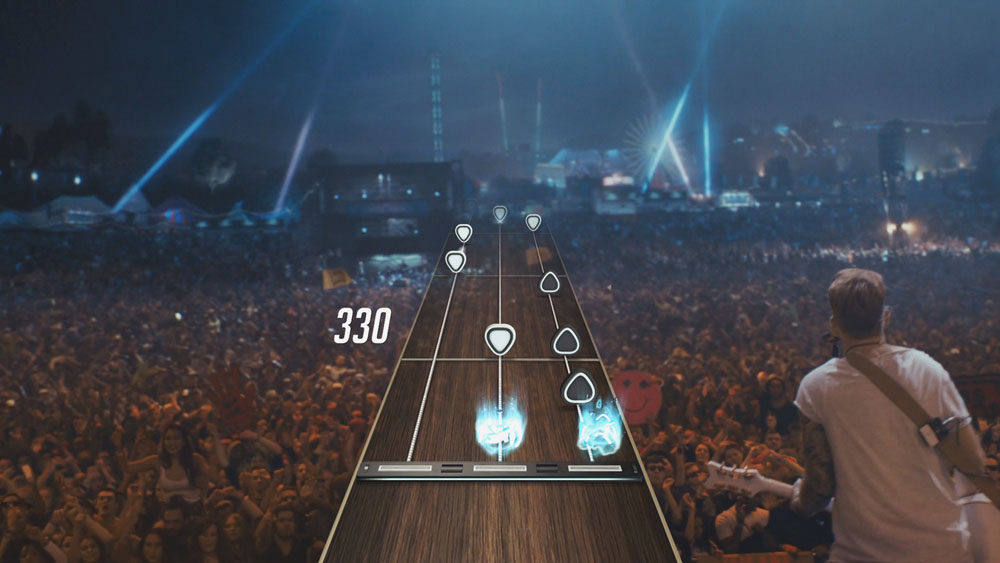 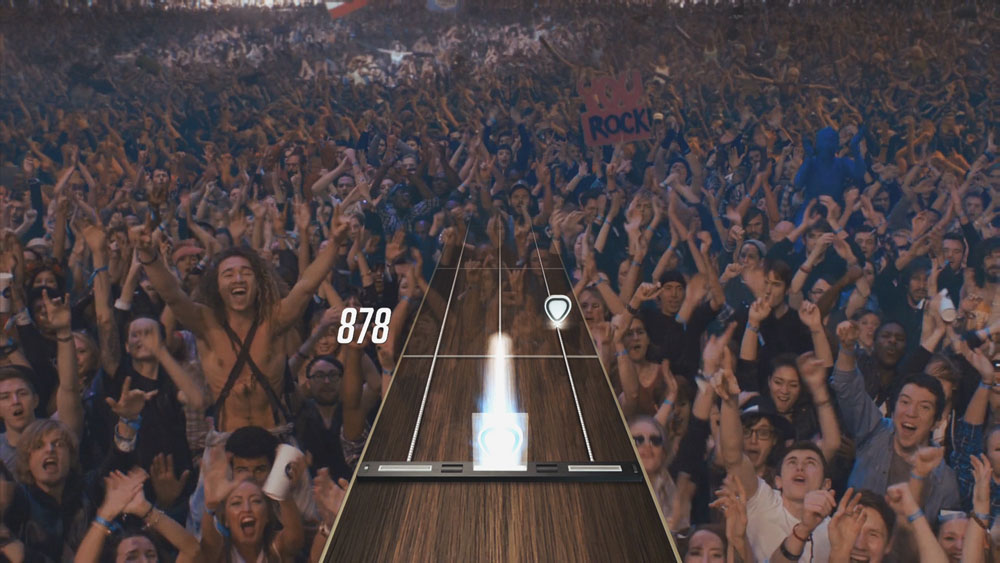 “Guitar Hero changed the game – literally,” said Chris Koller, Vice President of Gaming for Best Buy. “And we are excited to bring Guitar Hero Live to consumers on April 18th at Best Buy stores in New York City and Torrance, California, where fans will be able to play the new game for the first time in North America.”

Eager fans can test out their skills at the following Best Buy locations: