A REVOLUTION IS COMING TO BATTLEFIELD 1 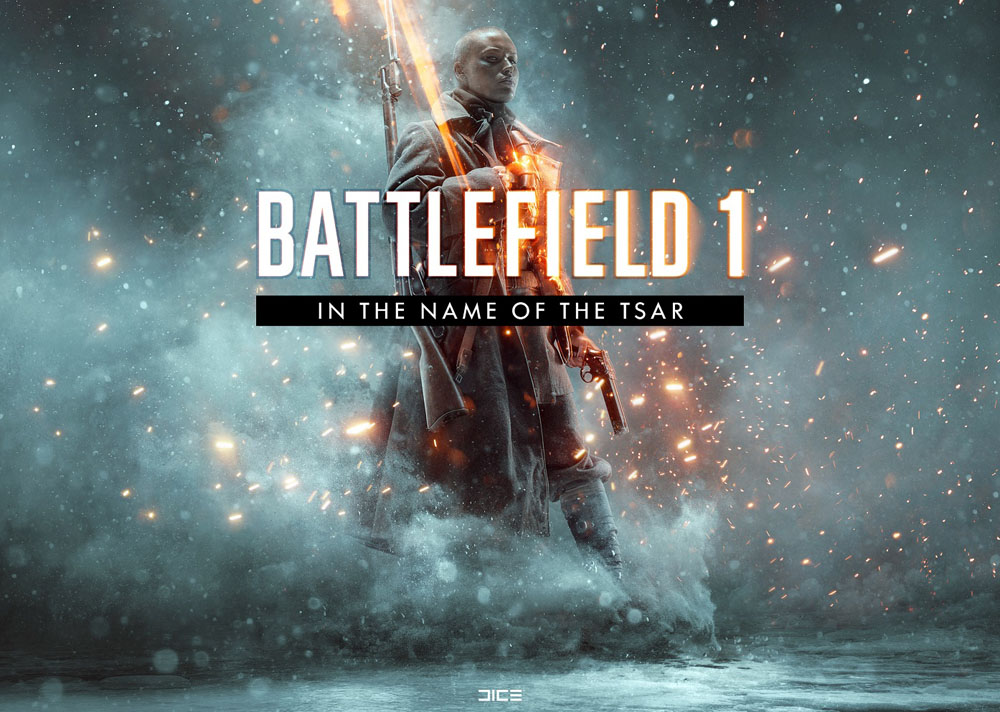 Today during Live @ EA PLAY, DICE revealed new details for Battlefield™ 1 In the Name of the Tsar, which will expand the global conflict to the largest front of World War I. In the most extensive expansion pack* to date, players will battle it out on six new maps and join the fight as the Russian Army, including the Women’s Battalion of Death. This marks the first time that fans can play as a female character in Battlefield multiplayer. In addition to this, Battlefield 1 In the Name of the Tsar will deliver 11 new weapons, 6 new maps, more Operations, more vehicles including the massive Ilya-Muromets Heavy Bomber, a brand new game mode called Supply Drop, new persistence, new ways to customize your play style and more.

Later this year, players will further expand the battle with amphibious warfare in Battlefield 1 Turning Tides set to launch in December, followed by the most infamous battles of the Great War in Battlefield 1 Apocalypse, available in early 2018.

I've been an avid gamer since I stumbled upon ZORK running in my local Radio Shack in 1980. Ten years later I was working for Sierra Online. Since then I've owned nearly every game system and most of the games to go with them. Not sure if 40 years of gaming qualifies me to write reviews, but I do it anyway.
You might also like
Gaming NewsLive Event Coverage