A Plague Tale: Innocence embraces the power of the PlayStation 4 Pro, Xbox One X, and Nvidia Ansel 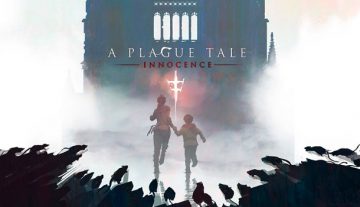 Arriving May 14 on PlayStation 4, Xbox One, and PC, A Plague Tale: Innocence is an emotional, nerve-wracking adventure through medieval France stricken with war, Plague, and the Inquisition in a narrative and world that is as deadly as it is beautiful. Today’s screenshots show a glimpse of the game graphics, further enhanced by the power of high-end consoles and Nvidia’s Ansel tool on PC.

PS4 Pro and Xbox One X players can look forward to 4K resolution on those platforms, giving unparalleled definition to the landscapes, people, and horrors of A Plague Tale’s world. Meanwhile on PC, A Plague Tale embraces the power of Nvidia’s Photo Mode to allow players to create their own screenshots. As with all Ansel-powered games, this allows you to pause the action, hide the UI and enable the free camera, as well as apply filters and special effects to frame the perfect shot and export it in very high resolution. For full information on the capabilities of Ansel, please check Nvidia’s page here and see user created artwork at ShotWithGeForce.com.

A Plague Tale: Innocence launches May 14 on PlayStation 4, Xbox One, and PC. Pre-orders are available now!

I've been an avid gamer since I stumbled upon ZORK running in my local Radio Shack in 1980. Ten years later I was working for Sierra Online. Since then I've owned nearly every game system and most of the games to go with them. Not sure if 40 years of gaming qualifies me to write reviews, but I do it anyway.
You might also like
PC

Whimsical existential platformer Journey of the Broken Circle is out now on Steam and Switch
Be the first to comment!
Leave a reply »