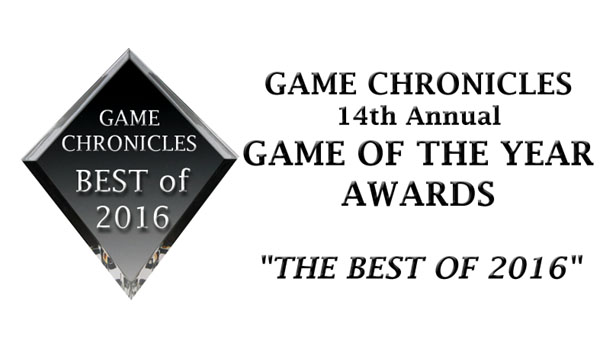 We haven’t done a yearly round-up of the best video games since 2013. This decision was in part based on the fact that so many amazing games come out during a year that trying to pick the Top 10 was exhausting, and with hundreds of other Top 10 lists flooding the Internet our picks were merely a drop in a non-relevant bucket.   Hopefully, you’ve already bought and played your games based on our reviews and not our end-of-the-year summary. Even so, people do seem to wonder what our favorite games are each year and what we’re looking forward to in the next, so I’ve tried to cobble together a list of our Top 10 favorites for 2016 and a couple games that have our attention in 2017.

Before we dive into the games I did want to post my favorite picks for hardware innovations this year, which will come as no surprised as to be all about VR. 2016 was the year that virtual reality invaded mainstream gaming. Whether that invasion becomes successful will be determined in this and the years to follow, but here are my top 3 picks for VR hardware:

3. PlayStation VR (Our Review)  Last to the party, the PSVR was the most affordable VR solution of the three, and while admittedly underpowered in comparison to Rift and Vive it more than made up for those deficiencies with pure fun, accessibility, and comfort.

2. Oculus Rift w/ Touch (Our Review)  When it launched the Rift was primarily a seated experience that required a controller and only hinted at true virtual gaming. Just last month the Oculus Touch launched adding full immersive hand controls and limited room-scale gameplay making it a very close second to the Vive.

1. HTC Vive (Our Review)  The biggest perk for the Vive is the relationship it shares with Valve and Steam, bringing hundreds of games to your headset ranging from free little tech demos to full-on AAA experiences. While the motion controllers pale in comparison to the new Oculus Touch the room-scaling and level of immersion remains unbeatable.

PlayStation 4 Pro (Our Review)  With two new mid-gen systems launching this year both Sony and Microsoft were desperately trying to cash in on the 4K-craze. While Microsoft appeared to win this battle by not only launching first, but also including a 4K Blu-ray player, Sony actually delivered the system with significant CPU and GPU upgrades allowing for true 4K gaming, enhanced 1080p gaming, and a vastly improved PSVR experience.

Now for the games…

10. Far Cry Primal (Our Review)  I’ve been a big fan of the entire Far Cry franchise but it wasn’t until they took me back to prehistoric times and had me foraging for food and crafting every last thing I needed to survive that I was truly immersed in all the interlocking systems and intricate world design required to create a game you can lose yourself in for hours.

9. Inside (Our Review) Silent movies might be a thing of the past but Inside proves you don’t need words to tell a gripping story. Evoking the simplistic design of Limbo, Inside grips you from the start and never lets go until the thought-provoking finale. Throw in a few clever puzzles and you have a few hours of quality entertainment.

8. ABZU (Our Review)  Another brilliant indie title from the art director of Journey on PS3, ABZU creates a vast undersea world to explore. Immerse yourself in dozens of species of aquatic life and one of the best soundtracks of the year in this magical adventure.

7. Call of Duty: Infinite Warfare (Our Review)  Haters gonna hate but I loved this year’s Call of Duty installment, and I’m pretty sure everyone else would have too if they had dropped the Call of Duty moniker from the title. There is very little left in this franchise that resembles the WWII roots that inspired it, but that doesn’t mean Infinite Warfare didn’t offer one of the best single-player campaigns of the year mixing space flight combat with futuristic boots-on-the-ground missions. Sure, the online multiplayer sucked but the 80’s inspired zombie action was fantastic.

6. The Division (Our Review)  While I managed to knock that Destiny monkey off my back after Taken King I am still called back to NYC in my ongoing quest keep playing The Division. I’ve finished the game months ago but exciting new DLC keeps me coming back and their latest Survival mode has basically created an entire new genre of gameplay. I’m hopelessly hooked…at least until Ghost Recon arrives.

5. Valley (Our Review) This game took me by total surprise with its simplistic run and explore gameplay set in a gorgeous universe with a powerful and dynamic soundtrack.   Collectibles and upgrades will have you losing track of time in this surprise hit of 2016.

4. DOOM (Not Reviewed) The granddaddy of FPS is back and better than ever with classic run-and-gun gameplay that is all about instincts and reflexes. And when you have cleansed the planet of demons load up the most powerful level editor ever and create your own maps to share with the world.

3. Forza Horizon 3 (Not Reviewed) One of the first PlayAnywhere titles, you can enjoy this on the PC or Xbox One with 4K and HDR support delivering graphics that defy reality. Tear across the Australian Outback or weave through rainforests or cruise the coastal surf cities in hundreds of cars racing in dozens of events.   Then hop in a chopper and head to Blizzard Mountain for ice and snow racing in the newly released DLC adding even more lost hours to your life.

2. Uncharted 4: A Thief’s End (Not Reviewed) Nathan and Lara were pretty much neck and neck and Nathan was all set to win the top spot until the 20 Year Celebration edition of Tomb Raider launched for the PS4. And in many ways, Uncharted 4 still surpasses Tomb Raider in just about every area except gameplay. The story, writing, and cinematic presentation are second to none, and you can even manage to milk a few hours of fun out of the tacked-on multiplayer if you really try.

1. Rise of the Tomb Raider: 20 Year Celebration (Our Review)   I’m lucky to finish many games I start so you can only imagine how much I enjoyed this game having finished it on Xbox One, PC, and as of last night, PS4. That’s well over a combined 120 hours raiding tombs and ultimately saving the world from religious zealots. The PS4 version took an extra year to arrive but it packs in all the DLC as well as a VR-enhanced version of Croft Manor. It is the most satisfying game I’ve played in years, and this is the most complete version available. If you have a PS4 Pro you can also enjoy 4K or enhanced 1080p gameplay as well as choosing 30/60 fps.

So there you have our Top 10 picks for 2016, but what about the games that didn’t make the cut. As always, there were so many great games released this year – many we didn’t get to review or even play, so here are a few games that definitely deserve your attention:

And how about looking forward. 2017 is already shaping up to be another huge year for gaming with exciting advances in VR and improved support for 4K HDR gaming all leading toward the highly anticipated launch of the Scorpio. There are over a dozen titles we’re hot to play, but the one we are most excited for is the delayed release of: 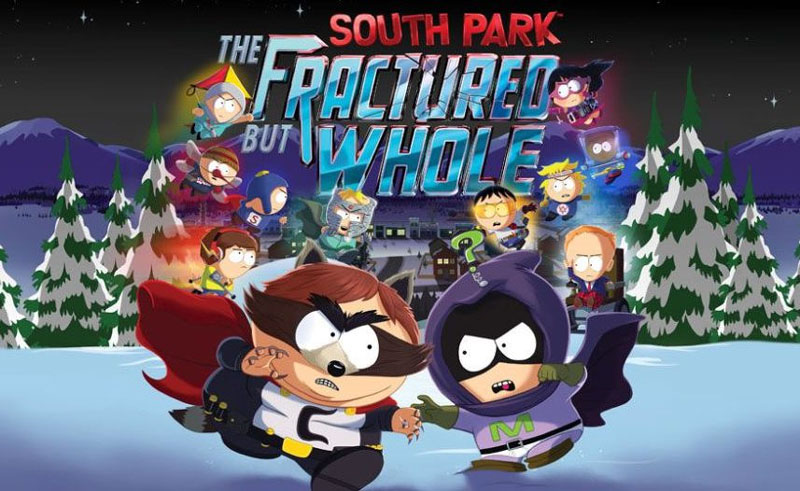 And while system exclusives seem to be on the decline in 2016, Sony is gearing up with an impressive library of PS4 titles including:

That pretty much wraps up our picks for the best of 2016 and what we’re looking forward to in 2017. There were so many awesome video games this year and so much to look forward to next, and we’ll be here to cover it all, providing you with all the latest news, trailers, reviews, live shows, and more.